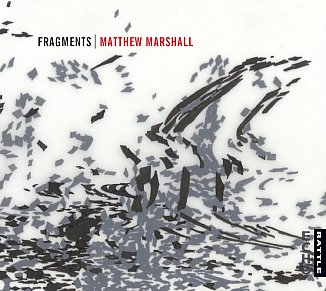 The Rattle label has recently brought back to attention some of the avant-garde music made in New Zealand in the Eighties.

But this one from recordings in Radio NZ's archives is very different, although equally welcome.

These solo, acoustic guitar pieces by Matthew Marshall were all recorded in the mid-Nineties and they are of works by New Zealand composers from the Fifties to that time, and include pieces by John Ritchie, David Farquhar, Douglas Lilburn, Kenneth Young, Anthony Ritchie, Gary Wilby and Christopher Norton.

The album title is telling because some of these pieces are much like that, or are miniatures, as with the three-part Seventeen Pieces section written by Lilburn (total playing time about 25 minutes) and John Ritchie's' three brief Whimsies inspired by lines from Shakespeare.

This is not to dismiss them because even in their brevity there is a fine focus, notable in the Three Sad Waltzes by Young which pack melancholy into just a few minutes.

Farquhar's Musette from '51 is a much more poised and stately piece, and by Marshall's account the first recognised guitar composition by a well-known New Zealand composer. And John Ritchie's Album Leaves is a delightful, almost Elizabethan piece with some wry whimsy.

Norton's sprightly Harry's Rag at the end is a cheery folk tune (with chimes and a smart bass line keeping the pulse) and takes out this collection with a skip in its step.

More than just an archive reissue, these serious sessions were a springboard for classical guitarist Marshall who went on to commission and perform works for the instrument by local composers . . . and here promises more to come.

You can hear and buy this album through the Rattle website here.