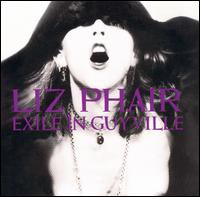 Tribute albums are far from uncommon these days. In fact when you see there are tributes to a band that never existed (The Rutles) and The Muppet Show you could argue this one has run its course. But still they come.

Tribute albums to albums are rather more rare -- although there was the all-star collision (Celine, Rod, Faith Hill) on Tapestry Revisited which even had exactly the same number of seconds between the songs as Carole King’s ‘71 Tapestry album.

Tribute albums and cover versions often hold less appeal for the public than they do reviewers who like to run their slide rules and critical faculties over the new versions and essay an idea.

But when Liz Phair announced her ‘93 debut album Exile in Guyville was her track-by-track “response” to the Stone’s Exile on Main St (1971) this was different territory again, one step removed from a tribute.

Aside from perhaps the Mothers of Invention’s Only In It For The Money which was clearly Frank Zappa’s poke at the Beatles’ Sgt Peppers and hippies, the response album is something new.

Of course, listening to Phair’s album back-to-back with that Stones’ classic you have to wonder if she was just giving good press, if there are “responses” they are hard, if not impossible, to discern -- although no doubt her assertion has formed the cornerstone of someone’s thesis.

That takes nothing away from this gritty, sexually assured indie-rock album which seemed to have the luck of excellent timing: as Alan Light notes in his liner notes to the recent 15th anniversary reissue, “indie rock was at its zenith -- when Nirvana ruled the earth and ’alternative’ had not yet become a meaningless catch-all”.

At the time female artists such as Sheryl Crow, PJ Harvey and Tori Amos were prominent -- but Phair was someone very different again.

Sassy and sexual aggressive, her songs bristled with rage or ambivalence, were a flashpoint for feminist (or post-feminist) debate, and her liberal use of profanities and sexually explicit language guaranteed her plenty of mileage. Not just anyone could -- or would -- sing a line like, “I come when you circle the cherry, I sing like a good canary” (Canary) or be as nakedly revealing as “I want a boyfriend, I want all that stupid old shit like letters and sodas”. (Fuck and Run)

Phair also dealt with the difficulties of a relationship gone sour (“it’s harder to be friends than lovers and you shouldn’t try to mix the two” on Divorce Song); of being alone and uncertain, but also of toughing things out. And all these lyrics were wrapped up in edgy rock’n’roll which was “alternative” before, as Light says, that word became debased.

Oddly enough although the album received critical acclaim, generated as many essays as reviews, and saw Phair profiled in many non-music magazines, sales were modest: it only briefly appeared in the US charts and sold 200,000 copies.

That’s impressive given what the album was -- confrontational and edgy -- but you might have thought the publicity mileage would have had a great impact on sales.

No matter, it has repeatedly appeared in lists of the greatest albums in rock. Regrettably Phair’s subsequent career saw a softening -- both lyrically and musically -- and she barely commands much of a following these days.

Within a few years Alanis Morissette had come along and claimed a little of Phair's self-examining style, then Jewel was whimpering away. Avril Lavigne owes more to Phair than she might think too.

The 2008 reissue of Exile in Guyville -- with an hour-long DVD of relevant and informative interviews, and three unreleased tracks from the sessions -- reminded what a powerful album it still is. And one which provokes as much today for its ambiguities, honesty and gender-challenging qualities.

If it leads you to the Stones’ Exile on Main St just to see if it really is a “response”, then that ain’t no bad thing either.

Still can’t hear it myself.