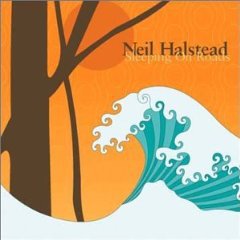 Mojave 3 was one of the most oddly inappropriate names a band could have picked. Despite suggestions of deserts and Americana, they were British. And they based themselves in Cornwall, a less likely "Mojave" connection you couldn't find, especially in winter when the rain blows horizontal and the bed'n'breakfast hotels are silent and damp.

The Mojave 3 - helmed by singer-songwriter Neil Halstead -- were surfers incidentally. And, you've probably guessed this, they weren't a trio, either. They were a five-piece.

But Mojave 3 was the name and their music was delicious. Their three albums from the late 90s are worth finding, although a definitive definition of what they sound like is difficult. Sublime is the word most frequently used for their careful and understated songs which exist in that space between Anglofolk and quietly considered, dreamy country music in the manner of more folksy Cowboy Junkies.

"I know we get tagged as a country band," said Halstead in the late Nineties, "and I can understand why. But we never started out attempting to be a country band. Basically, we just wanted to write simple songs."

That their simple songs were also beautiful seemed an unnatural bonus. 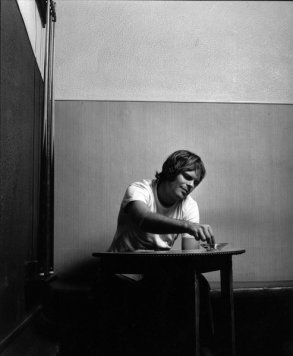 "There's a continuity. Slowdive were never about anything complicated, either. They were all simple songs as well, just played loudly. There is a level at which Mojave 3 are the same - simple ideas played quietly. It's all connected. The last Slowdive album isn't too dissimilar to the first Mojave 3 album. Slowdive were just more focused on sound, and Mojave 3 are focused as much as possible on the songs."

Halstead, however, had songs which weren't finding their place on the band's albums. He started playing more solo gigs -- appearing at the South by South West Festival in Austin, Texas in 2001 -- and recording this debut solo album with help from a couple of Mojaves.

"There was no real plan. I split up with my girlfriend and ended up homeless and having to sleep in the studio for about two months. While I was there I recorded some tracks without the rest of the band. They didn't get used on the last Mojave record, so I started to think about putting them out on a separate record."

Sleeping on Roads wasn't too far removed from Mojave 3's more sublime moments but clearly Halstead had changed his listening habits from Americana to 60s Anglo-folk, and he stopped strumming his guitar languidly to sometimes concentrate on delicate finger-picking.

The track Driving with Bert directly refers to British folk hero Bert Jansch (whose influence is all over Sleeping on Roads) and Halstead doesn't sound too far from Nick Drake on the title track, just slightly more chin-up and cheerful. These were common enough references for Mojave 3, but here they seemed more pronounced, and that was despite the discreet production touches which elevate parts of this into the ethereal.

The whispery See You on the Rooftops, for example, takes flight in its closing passages over backing harmonies, a wash of keyboards and then closes with some gritty and fractured guitar which recalls Slowdive. It is briefly the loudest thing here among the nuanced, gorgeously realised quietude.

When I first wrote about this in early 2002 I said "I suspect I won't be the only one thinking this is not only a stayer and a grower, but something for that inevitable "album of the year" stuff you'll read in about 10 months".

In one sense I was wrong. I underestimated, Sleeping on Roads is one you'll still be reading about in 10 years.

I am one of the 5 people who bought this on the strength of Graham's original review of 2002.It's a fine album. A bit like Cowboy Junkies in that it should be pallatable to the Mark Knopfler masses but far oustrips his ilk in it's depth and durability.