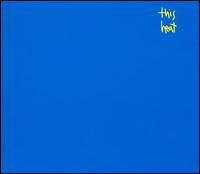 Understandably, many hail the Sixties as the greatest ever decade for popular music: the undeniable brilliance of the Beatles and what they spawned on both sides of the Atlantic, not to mention globally; the whole shift from pop to rock, and from singles to albums, which freed minds and arses that followed; the innovations of Hendrix, Cream and Pink Floyd; Captain Beefheart and Frank Zappa; the influence of jazz, classical and world music on the rock landscape and so on. Very exciting times.

But there’s a good case to be made that the most inventive music happened in the Seventies.

Whether you like prog-rock or not, you have to concede that some adventurous music came from it; then there was the whole electronic movement out of Germany; Japanese musicians such as Stomu Yamashta; Brian Eno and experimental David Bowie; the creeping influence of the Velvet Underground; the rise and influence of reggae and dub (and dub poetry); the liberation that the Sex Pistols and punk brought; the first stirrings of two turntables and a microphone; post-punk artists (Magazine to Talking Heads, Orchestral Manoeuvres in the Dark to Pere Ubu) who saw there was no contract to be observed, no ground rules that needed to be followed . . .

Among that latter group were This Heat, a London trio who crafted -- some might say carved -- this alarmingly innovative, daring and confrontational debut album in a former pie-factory in Brixton, Cold Storage.

Charles Bullen, Charles Hayward and Gareth Williams played and abused an array of instruments including clarinet and viola, but mostly this was electronic music where tapes were looped and sliced, and the strange, evocative pieces of sound emerged. 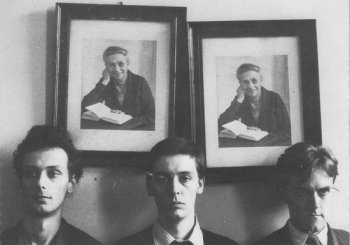 It was almost self-consciously arty music and no major record company was interested in the final tapes so David Cunningham of Flying Lizards stepped in with his Piano label. It had taken a year to get this album out.

Hayward sings on Not Waving (taken from the Stevie Smith line, “not waving but drowning”) and it is a chilly, disembodied sound -- not dissimilar to Robert Wyatt -- as great swathes of funereal electronica and jangling bells create a disconcerting sound across the top.

He sounds like man slowly sinking beneath the surface while great ocean liners and sailing ships pass him by.

The Fall of Saigon is perhaps as close to a “song” as they get: a mechanistic rhythm of repeated guitar and clanking percussion is established and the Eno-like vocals drone a simple but affecting melody before the angular sonics take over, a distorted and disturbing guitar part which ascends into a brittle and staccato sound.

It ends with what sounds like Morse Code which segues into the final, four minute track of static crackle of Morse-like bleeping of Testcard.

The effect is unnerving.

The album has a curious structure also, made more evident on the original vinyl which came as a “yellow side“ and a “blue side“: a short and barely audible version of Testcard (49 seconds) opens the blue side, the long version closing the yellow side. That makes sense as bookends -- but only if you start on the blue side.

If however you start with the yellow side and the industrial sound of 24 Track Loop (an increasingly strident loop tape which develops into mutant and minimal dubby disco-type beats) then the final long Testcard gets picked up by the short version when you flip the vinyl and takes you straight in to the grinding and industrial noise of Horizontal Hold (Kraftwerk get off the autobahn and into the factory).

There is strange beauty here too: three in a row are Diet of Worms which sounds like a tape was left running in an Brazilian rainforest with its animal-like cries, Music Like Escaping Gas is almost a lullaby in this context (think electronic wind chimes in Eraserhead with distant voices) and Rainforest comes off much like its title (as long as the trees are all made of metal).

This Heat had few close relatives at the time, although some would get a whiff of experimental Eno, Pere Ubu and Wire, and certainly the German electronic experimentalists such as Can and Neu!

But really, they were out on their own and remained that way on their subsequent album Deceit of two years later. They broke up not long after -- although in ‘93 the album Repeat was released -- but in 2006 a six-CD set of all their official and unreleased recordings appeared.

That might be far too much This Heat for most, you’d have to really like industrial sound.

But this debut album -- tape loops and cut-ups, industrial noise, musique concrete, abrasive guitars and strange voices -- created a template, or at least laid out new possibilities, for others to study and build on.

It isn’t always an easy listen, but then music of unease never will be.