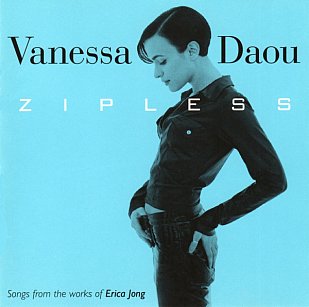 And there can be quite a difference between the two in execution.

Prince made a lot of sex music but slightly less sexy music; Donna Summer and Jane Birkin brought orgasms to music -- and so did Yoko Ono who screamed it to the ceiling and beyond.

Ono was sex, the other two sexy. Sometimes Grace Jones could be both.

Sexy music -- the stuff you might want to play while engaging with someone while the lights are dimmed and the phone is off the hook -- will come in many forms. Doubtless you know someone for whom Tool or Linkin Park is their ideal sex music. I'm pleased to say I don't think I do.

But when it comes to mood pieces for "that" moment then there are the ever reliables such as Miles Davis' Kind of Blue or  the soundtrack to The Hot Spot where Davis teamed up with John Lee Hooker to deliver something very sultry and sex-soaked.

Into this world of steamy windows and heavy breathing came Vanessa Daou, an American multi-talent (painter, poet and dancer) whose Zipless album was inspired by the work of her husband/producer Peter's aunt Erica Jong who wrote of the "zipless fuck" in her '73 novel Fear of Flying.

Vanessa Daou had come from the electronica underground in New York and she'd almost perfected a more sensual style which made Sade sound vapid and asexual. Daou was a heavy breather in the manner of Jane Birkin and Serge Gainsbourg's Je t'aime, but also brought a poetic spin to things.

It all came to fruition on this moist debut album under her own name which is part spoken word, part sung, always wrapped in a velvety electronica from husband Peter and which invites you to pull back the silk sheets and slide into a kind of sleepy, sexual langour.

The opener, The Long Tunnel of Wanting You is lyrically graphic -- "you roll over and thrust your hardness into the long tunnel of my wanting" --  but with her vocals back in the mix and so whispered you can barely discern them. Although you can kinda guess what's going on from the slightly jazzy sound and slow burn.

And despite titles which read like downers -- Dear Anne Sexton, Near the Black Forest, Becoming a Nun -- the mood of the album is sustained throughout.

It is adult and about sex ("his cock sinks deep in my heart", "you would rather have a girl with simpler needs; lunch, sex, undemanding loving, dinner, wine, bed and the ocassional blow job") but it is also sexy. Electronica beats keep their distance, a saxophone eases in from down the corridor, pianos play slow and sensuously, and everywhere is Daou's remarkable voice spinning out poetry worth reading or barely suggesting melodies as if she is too sated to rouse herself fully.

It is about carnal need as much as sexual passion and delight, and sometimes a wish not to be driven by such fevers: "I think I can live without it, love with its pumping blood ... sex with its messy hungers" she speak-sings unconvincingly on Becoming a Nun.

This is electronica erotica, aural sex and the perfect soundtrack to . . .

It is, as they say, an album for "special occasions".

Very cool!
"Moist debut ..." tee hee
BTW, the title immediately conjured up Fear of Flying (and a rather provocative Am. Lit. class at uni, back in the day ) ... so thanks for explaining the obvious connection.

SO YOU'RE TELLN' ME THERES A CHANCE?! 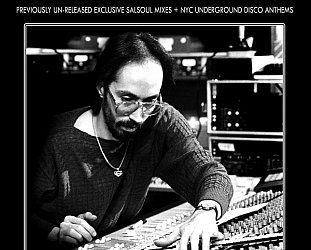 Recently I have been reading some interesting political histories of disco: how anti-gay and anti-black elements (notably in white radio and rock culture) conspired to kill the music, and how the... > Read more 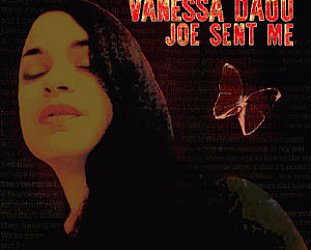 My dad always used the phrase "Joe sent me", it was the old password to get into illegal bars and speakeasies and the implication was that you were gaining access to the illicit, and... > Read more