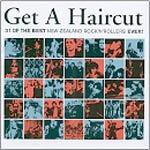 Back in the mid Sixties Auckland’s Fair Sect Plus One -- originally an all-girl band called the Fair Sect who adopted the new name with the arrival of their male drummer -- released a terrific single with a raging bagpipe solo. At least I think it was terrific, I can’t say for certain.

I only heard it once -- on a transistor radio in Allan Parson’s car while careering through Khyber Pass in Auckland -- and none of my friends today have heard of it.

I do know someone who not only knows about it, but probably also has a copy: John Baker, the great archivist and champion of ragged edge Kiwi rock’n’roll.

Baker became the tour manager for the White Stripes (whom he brought to New Zealand well before they were famous, which shows how musically astute he is) but he has always unearthed and re-released little-known New Zealand garage band rock, especially by Sixties acts like the Bluestars whose primal Social End Product anticipated punk by a decade.

Years ago he reissued it as a 7 inch vinyl single. John’s like that.

This Baker collection is a join-the-dots chronological lineage of noisy Kiwi rock’n’roll from Johnny Devlin and the Devils’ sexually anxious Nervous Wreck recorded in 1959, through the La De Da’s Little Girl and Chants R&B’s I Want Her (both raw and overtly salacious) from the mid 60s, and on to the late Seventies/early Eighties punk of Scavengers, Proud Scum and the Androidss.

Then the journey takes in notorious bands such as Sticky Filth and the Axel Grinders of the early Nineties, and on up to the D4 and the Datsuns who took their loud, fast and energetic sound to the world in recent years -- and who, as you hear, owe something to the Henchmen (represented here by 83’s metal-punk Bitch Goddess).

Yes, the exceptional Social End Product is here, as is Ray Columbus’ rare foray into throat-abusing rock’n’roll on Kick Me from 67, a psychedelic nightmare which sounds like the terrifying flipside to the Byrds’ benign and trippy Eight Miles High of the previous year.

Thirty one songs in a breathless 79 minutes, and what sounds like a single mindset of raucous pop-rock designed to be ideal parent and neighbour-baiting music.

It is an energising combination of testosterone and speed, loud guitars and fist-clenching aggression. Lovely stuff.

Few of these songs were hits in their time of course, but most -- from Peter Lewis and the Trisonic’s patriotic Four City Rock of 59 to the Scavenger’s thrilling overdrive of Mysterex (78) and the Spelling Mistakes classic pop on Feels So Good (80) -- registered on the public radar, but have been largely consigned to a footnote in conventional Kiwi rock histories.

What Baker and this collection prove is that “outsider rock” -- rebellious, anti-social, angry, sexualised and liberated, full of unfocused angst, and kicking against the pricks -- has been a consistent theme in Kiwi music, one which radio programmers have conveniently sanitised out.

Some of this is hilarious (Clyde Scott and the Zanyopolis’ Gravedigger Rock, “body of rock, dig that cadaver”) and certainly you hear all the American 50s cliches in the early tracks (“the candy store” on the Max Merritt and the Meteors‘ title track).

But increasingly a distinctive lyrical style comes through. Four City Rock namechecks the Queen City, the Windy City looking at the Strait, the Garden City and Dunedin ("freezin' ") and the “Kiwi rhythm” which rocks the milkbars and halls.

And the Terrorway’s Short Haired Rock and Roll captures in a few frantic minutes all you need to know about the frustration and violence that was common in Auckland punk clubs like Zwines in 1980.

Throughout Baker has picked songs which illustrate more authentically the spirit of the bands, some of whom enjoyed greater recognition with more radio-friendly material.

And with typical respect for his subject, Baker tracked down members of the bands for their comment in the liner notes which adds breadth to a collection which reminds us that there is a powerful element of dissent (“I don’t stand for The Queen”) and a sometimes confused, non-conformist streak (Toy Love’s Sheep) in Kiwi rock’n’roll.

More than just an album, Get A Haircut is an alternative history of Kiwi rock to be played loud and often.

It’ll still scare the shit out of parents and neighbours.

And in a way, isn’t that what rock’n’roll is all about?

This essay appears in Grant Smithies 2007 book Soundtrack: 118 Great New Zealand Albums (Craig Potton). This was one three essays I was invited to write for that book. The others - The Tokey Tones and the Sideways compilation - are also here under Absolute Elsewhere.