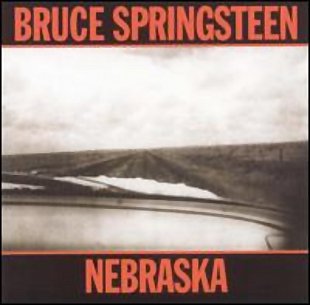 From this distance it is hard to remember just how huge Springsteen was in the late 70s and early 80s: these days disco and punk/new wave get more pages in rock history books, but Bruce Springsteen deserves a chapter on his own.

In the States alone Born to Run in '75 sold in excess of seven million, it's follow-up the more bleak Darkness on the Edge of Town three years later about half that many, and The River in '80 -- his first Stateside number one album -- clocked up almost as many Born to Run, despite being a double album.

He was everywhere: magazine covers, touring, myriad bootlegs which he seemed to condone, a dozen radio singles . . .

But it was taking a toll: he became depressed and complained about the time it took to record. Run had taken a year (and then had time added on for a lawsuit), Darkness took 15 months, The River was close to two years.

For a man who churned out his first two albums in the same year ('73) this was frustrating.
So he sat down with a four-track Teac cassette tape recorder, committed a dozen or so songs to tape, added some harmony vocals and some guitar overdubs, then mixed it through an old Echoplex.

The idea was to take the raw tapes of these melancholy and moody songs to the band so they could learn them, but over the following months he thought . . .

At the time Springsteen had been listening to a lot of old country and folk singers he'd never previously heard -- Woody Guthrie, Hank Williams, Jimmie Rogers, the American Folk Music Anthology and so on -- and that spare style informed this new direction.

The songs which subsequently became the Nebraska album seem to hark back to an earlier time -- the recording was simple and the songs had an eerie stillness to them. They were intimate and also dealt with characters who might have walked out of Grapes of Wrath, or more specifically the movie Badlands (the story of which is told in the title track).

This wasn't bombastic stadium-shaking from The Boss as fans had come to expect, nor was it even rock. It was a dramatic turn sideways (or back to the tone of some of his earliest songs some valiantly argued). But it didn't take a lot of people with it.

The album sold little more than a million or so. 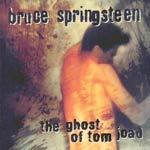 Its importance in Springsteen's catalogue though is as reference point for albums like the later Tunnel of Love ('87), The Ghost of Tom Joad ('95) and Devils and Dust ('05)

But it also opened a door -- as Bob Dylan would often do -- for this kind of spare folk-cum-alt.country, for narrative to drive a song, and for story-based songs to be read (and some would say in Springsteen's case, made) like mini-docos. It validated much of what we now call alt.country.

The album stands up much better than most of Springsteen's albums from the period and after this you can move into The Ghost of Tom Joad or his recent We Shall Overcome: The Seeger Sessions.

Or you can use it as a starting point to head towards Ryan Adams, the Jayhawks/Wilco axis, or artists like Ray LaMontagne, Richmond Fontaine or acoustic Steve Earle.

Springsteen incidentally didn't pursue this direction much further at the time. Among his acoustic demos was a song that he did take to the band for fattening up.

loved the born to run album classic, this review summs it up well
http://thecelebritycafe.com/cd/full_review/14493.html