The only time I saw Scott Walker I burst out laughing. It was the mid-60s and he was one of the (non-sibling) Walker Brothers on a package tour with the Yardbirds (guitarist Jimmy Page) and Roy Orbison.

When the Walker Brothers ran on to the Auckland Town Hall stage, skinny-legged guys in tight pants and teased-out bouffants, they looked like hairy lollipops.

My mates and I hooted with derision.

We were schoolboys who liked the Beatles, Stones, Motown and Joe Tex, garageband r'n'b like the Downliners Sect and Pretty Things, and the Hollies and Byrds jangle-pop.

But into our world stepped the Walker Brothers: Scott Engel (who adopted the Walker surname), drummer Gary Leeds and John Maus. Americans living in Britain, they delivered the open-hearted, Spector-like, orchestrated ballads Make It Easy on Yourself, My Ship is Coming In and The Sun Ain't Gonna Shine Anymore.

They broke up in '67 (they rarely rate a mention in rock histories and classic hits radio doesn't appear to know of them) and Scott Walker, who possessed a golden syrup baritone, re-emerged with the emotional, dramatic hits Jackie and Joanna which signalled a great solo talent.

But increasingly he slid from the mainstream and later someone told me he was living in France, which seemed akin to going to Gore. What we schoolboys didn't know was that Walker was covering songs by Jacques Brel and writing in that style. By the release of his superb Scott 4 album in '69 he had acquired cult status. The album, a commercial failure, includes his tribute to Bergman's The Seventh Seal which gives some hint at its overall mood.

By the late 70s -- after some cabaret albums -- Walker had disappeared completely, a European pop-Sinatra with a cinematic sensibility had gone.

Teardrop Explodes' Julian Cope put together a good anthology in the early 80s, Fire Escape in the Sky: The Godlike Genius of Scott Walker. But I suspect Cope's flaky reputation, an overselling title bound to disappoint the curious, and its blank grey cover hardly helped.

Walker broke cover with his dark Climate of the Hunter in '84 which had the kind of guest list only he could command: jazzers Mark Isham and Evan Parker, backing vocalist Billy Ocean, and Mark Knopfler from Dire Straits. It's a moody affair, abandons the verse-chorus template and the lyric sheet looks like modern poetry: lines of single words or mysterious images ("a last grain of dust/lands in the darkness/on tongues laid bare"). Duran Duran this wasn't.

Walker's reclusiveness over the following decade enhanced his reputation and he became the hip name to drop by rock musicians wanting to show they were serious artists. 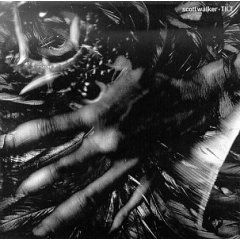 His '95 album Tilt sounded like no one else at the time (and little around now). It was at the intersection of light industrial noise and orchestration, and full of that dramatic voice which suggested we were at the end of days and we should urgently do something/anything. It was critically acclaimed -- and record shops couldn't give it away.

So what's the attraction of this guy who only occasionally makes albums and whose melancholy music won't enliven a dinner party?

Why care about someone who gives the impression of being an artist in exile, but hasn't said from where?

Because there is a particular genius at work.

Let's face it, he must have something for Bowie, Ute Lemper, various Radioheads, Bono, Suede's Brett Anderson, Tim Finn, Jarvis Cocker and others to be quoted in the five-CD anthology with the tongue-in-cheek title In Five Easy Pieces.

But this collection (no out-takes, demos, previously unreleased tracks or sense-making liner essay) made an intelligent decision by having the discs themed: In My Room and Where's That Girl? both ease from Walker Brothers material into selections from those early solo albums; An American in Europe speaks for itself (Brel songs, some from his ignored cabaret albums, Climate and Tilt tracks); This is How You Disappear (the dark stuff from the Walker Brothers reunion, more from Climate and Tilt); and Scott on Screen which gathers up his songs and orchestral instrumentals from mostly obscure European films, plus Only Myself to Blame from The World is Not Enough.

Not everything can be shoe-horned into even these broad categories -- Walker's musical wilfulness was always going to deny any such constraints -- but there is emotional drama here, some early psychedelic-paranoia stuff (The Plague which was the flipside of the Jackie single), gripping early songs like the kitchen-sink cinematics of Montague Terrace (In Blue), the jarring harshness of his guitar-grit from Nite Flights, his silly cowboy ballad The Rope and the Colt, the ennui of Tilt ...

It is an extraordinary collection (the early Walker Brothers songs still sound fresh except the pretentious Orpheus) and reminds you that by ignoring fashion Walker became an auteur with an intellectual, European view of the world and his art. And he delivers in that wonderful warm voice which seduces you into every word and phrase. No place for snickering schoolboys here.

As Marc Almond says, "There is only one Scott Walker, the rest of us can just watch from the sidelines."