On her two previous albums it was evident that Algerian-born Massi was never going to conform to the prevailing sounds of rai and pop of her homeland.

And on this instantly engaging album she takes a step even further away and pulls in Latin sounds alongside her already established, if slightly unusual, blend of Algerian pop-folk with hints of Spanish flamenco music.

At its best as in the Brazilian-influenced title track she seduces with her breathy vocals, but elsewhere there is a lively and up-tempo danceable consciousness despite the lyrics which speak of sadness (the terrific Ilham), and songs like the percussive Miwawa deserves to be pumping out of good-natured car radios everywhere.

The magical Tell Me Why is simply 1967 psychedelic exotica-pop.

Warmer days are coming soon we hope but in the middle of winter Massi -- whether whispering in your ear, getting you up to dance or taking you on a trip -- brings welcome musical sunshine. 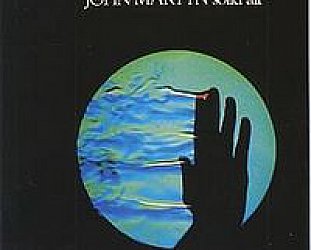 When the great British singer-songwriter John Martyn died in January 2009 there was initially very little media coverage -- and then people realised the significance of this innovative and creative... > Read more