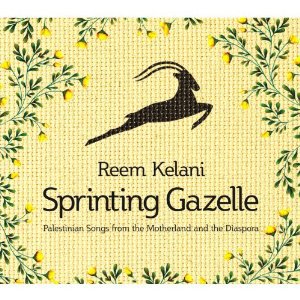 Subtitled "Palestinian Songs from the Motherland and the Diaspora", this sometimes astonishing debut album remains breathtaking in its scope -- from a lullaby to a moving song of mourning, to tracks with jazzy saxophone or melancholy piano, and lengthy explorations of melody and emotions.

And singer Kelani announced herself as possessing a keening, hypnotic voice as she wove around the microtones.

This was not exactly what listeners might have expected coming out of Manchester (aka Madchester) in the mid 2000s, but that's where this daughter of expat parents from the West Bank and near Nazareth was born.

And if we'd caught a snapshot of her as a pre-teen when she was lisening to Western classical music and the songbooks of the Gershwins and Irving Berlin (her father's favourites) there would have been little to suggest the direction she might go in.

Her epiphany came as a teenager when she attended a family wedding in a village near Nazareth and was taken by Arabic and Palestinian music.

Although she continued to sing Gershwin, she also deeply explored those other traditions which came to maturity with this album, released to universal acclaim in world music circles. And beyond.

Mainstream media in Britain accorded her considerable space and were unanimous in their praise for her moving interpretations.

(Elsewhere at the time wrote, " Nominations for World Music album of the year start here').

There is the pain of the Palestinian plight here obviously (have a handkerchief on hand for Yafa sung over spare piano, or soak in the beautiful 10-minute Yearning) but there is a also celebratory spirit (the uplifting title track which she learned from some women in a refugee camp in South Lebanon -- and where might they be today?).

And the whole thing -- which feels far too brief at 75 moving minutes -- ends with an uplifting, optimistic and chant-like glimpse of a peaceful future: "Thank God, my heart's patience is rewarded . . . Praise God that sorrow is no more".

This is an extraordinary album, full of poetic lyrics (in translation in the handsome booklet), heart-grabbing emotion and thrilling music. 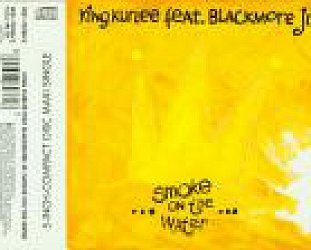