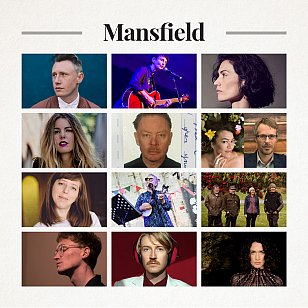 Anyone who endured Katherine Mansfield short stories in high school or is cynical about the growth industry of books, theses, research projects and such around this famous New Zealand author might like to set aside prejudice for this collection.

Mansfield is best and perhaps only known (outside of academia) as a short story writer, but despite over 200 poems to her name those works were unfamiliar to the musicians Yates approached.

So she chose poems for them, and she has proven to be very astute.

The poems span most of Mansfield's career through to her final poem The Wounded Bird (here performed beautifully by French For Rabbits).

Many artists perform and set the poems to type: Lawrence Arabia sounding exactly like himself on Malade, which is a compliment in that he makes it his “own” in that sense.

And only Delaney Davidson could find the shadows and darkness in Mansfield's words in Pic-Nic which comes at us in his archetypal distortion.

The singer-songwriters – Mel Parsons on the mysterious There Was a Child Once, Lorina Harding on the country-folk story-telling setting of The New Husband – sound entirely at home here because their music is always word focused.

The Bats sound like themselves on Sanary too but as Yates has noted in interviews they bring something beautiful to the arrangement and you can hear every word perfectly.

Elsewhere Yates' earlier version of The Awakening River from her Then The Stars Start Singing album gets a remix by Mark (Straw People) Tierney; Will Ricketts and Toby Laing bring in Louis Baker for Sunset, and Lontalius offers a sublime interpretation of Secret Flowers, possibly the best thing he's done so far.

Ana Coddington and Julia Deans are as exceptional as you might expect.

But most unexpected is the musically turbulent setting of Night-Scented Stock by Godfrey de Grut with performance poet Tusiata Avia. It is an emotional and musical whirlwind pushing home Mansfield's barbed piece about the Bloomsbury Group's pretensions.

It's the one which will doubtless challenge Mansfield scholars the most. And it's bloody terrific.

Perhaps because these words are mostly unfamiliar – the lyrics are printed in the booklet with the CD – Mansfield-as-music comes to us with fewer expectations than the words in the previous collections.

Poems don't easily lend themselves to lyrics but here they are shaped by intelligent voices and some impeccable musicianship.

If your sole experience of Mansfield is a teacher puling apart At The Bay for its symbolism, alliteration and so on, come at this album with an open mind.

You'll be impressed by the words and music. 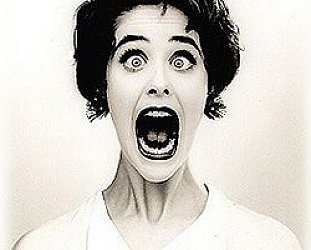