When I was at intermediate school in 1962 the Cuban missile crisis occurred. The Russians were shipping missiles to sites in Cuba just a spit from the American mainland and president Jack Kennedy sent out vessels to turn the Russians back.

The world took a sharp intake of breath as the threat of a nuclear war was real. So real that one day the rumour went around my playground the Americans and Russians had launched missiles at each other.

We kids looked up at the sky, fully expecting it to go black and that would be it. No more school that day, no more anything.

More than 60 years on from the bombs being dropped on Hiroshima and Nagasaki and as North Korea and Iran make noises about their weapons’ programmes -- and India and Pakistan, and China and Taiwan constantly square off -- it almost seems like another so-called Cold War could be on us again.

The movie of it already is: Stanley Kubrick’s brilliantly chilling 1964 satire Dr Strangelove got a slightly belated 40th anniversary DVD reissue in 2005 and came with an extra disc of excellent interviews with the likes of former US Secretary of State Robert McNamara, Washington Post journo Bob Woodward and many of those involved in the making of this exceptional, dark drama in which Peter Sellers played three parts (the US president, a British officer and the title character who is a former Nazi-now-presidential advisor).

The black’n’white film which was nominated for four Academy Awards plots with eerie, almost documentary, accuracy how a madman-cum-patriot brigadier general (Jack D Ripper) launches a strike against the Russians which cannot be stopped.

The cast is exceptional: Sterling Hayden (who ironically confessed to a brief flirtation with Communism during the McCarthy witch-hunts) plays the obsessive, sexually-impaired, loopy anti-Communist warmonger; George C Scott weighs in as the pragmatic General Turgidson  who argues a pre-emptive strike could mean only 15 to 20 million killed; and Slim Pickens is the pilot who famously rides the bomb like a bronco down to kick start Armageddon.

The movie belongs to Sellers however who is stuffy and correct as the Brit, the centre of calm as the president, and scary as Strangelove who sees Nazism being revived by taking a select few down to the bunker to breed and wait while the nuclear storm passes.

It is a wicked satire and the extra interviews, especially those with McNamara who reminds just how hot the Cold War was, place it in its historic context. It was due to premier on November 22, 1963 but Kennedy was shot. It was delayed and some lines had to be changed.

The final scene was also dropped.

A pie fight, no matter how metaphorical, just didn’t sit with the extraordinary tension of this movie which is, worryingly, more timely now than it has been for decades. 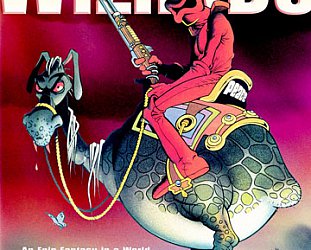 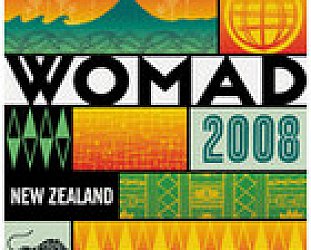 More than a third of the artists on this 16 track collection -- Toumani Diabate, Mavis Staples, SJD, Cesaria Evora, Beirut, Susana Baca -- have appeared at Elsewhere, and a few of them have been... > Read more