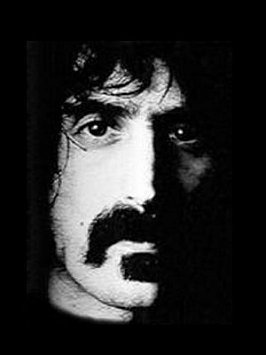 Frank Zappa died 15 years ago this month and while it is hard to make the case his music is still of influence (Zoogz Rift anyone?) this fascinating two hour-plus doco is persuasive in its argument that nothing in rock culture (and perhaps beyond) was the same after Zappa and the Mothers of Invention gatecrashed into pop music and then hippie culture in the Sixties.

Although not authorised by Zappa's protective estate and containing no interviews with Zappa (other than seeing him in a couple of brief tv snippets, one a hilarious encounter from the pre-Mothers days where he got on a Steve Allen show playing a bicycle), many of the early Mothers speak at length and there is much supporting live and studio footage from the period.

As with the recent and equally excellent Kraftwerk doco, this one also sets the social and musical scene from which Zappa emerged (the boring suburbs, lounge singers, soda shops) and constantly reminds of just how different he was. And how ruthlessly ambitious, hard working, focused, condescending, intelligent, quick witted . . .

With comments from Zappa scholars/journalists such as Ben Watson, Alan Clayson and Ritchie Unterberger (who are not blind to their man's shortcomings and offer intelligent and detailed analysis of the early albums and shows), this film offers as rounded a portrait as it is possible to get without the protagonist's involvement.

In fact there is a sense that it might actually be better for Zappa's absence because it allows the band to talk and tell amusing or insightful anecdotes, and for that album-by-album analysis to be offered unmediated or contradicted by the contentious Frank. 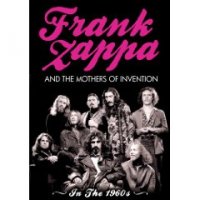 From the extraordinary Freak Out! in 1966 (which Andy Gill among many others have hailed as the greatest debut album of all time) to the final Mothers album of the Sixties, Uncle Meat, the Zappa story is laid out in detail and due weight is given to just how groundbreaking this music was. It included elements of contemporary classical music alongside doo-wop and incendiary guitar solos, free jazz beside Third Stream, had wit (satirical, musical homages, parody) and ambition -- and a work ethic second to none.

At one point the band were playing two shows a night, three on weekends in New York (and rehearsing daily) and they released six albums (two of them doubles) in four years. Two others from studio sessions were released in 1970, plus other material from this period in subsequent years.

Drummer Jimmy Carl Black -- who died last month -- says they were the greatest band he ever played in, the best in the world at that time. And given the level of musicianship Zappa demanded, you have no reason to doubt it.

So when Zappa called them together in 1969 and broke up the band -- they were allegedly broke although Kim Fowley says Frank was only ever interested in one artist and that was Frank -- they were heartbroken and at a loss. The hurt is apparent even now in these recent interviews.

Some -- indeed many -- argue Zappa's subsequent career (with some of these musicians again, at times with many others) never reached the same heights of innovation, humour, sensitivity and seriousness.

Maybe. But the effect of this long but never tedious doco is to drive you back to those albums and marvel again at just how the musical landscape changed because of the vision, intensity, drive and demands of a singular character who invented himself in the bland suburbs of San Diego in the Fifties.

Frank Zappa observed no constraints on his art, and in that he did indeed change the face of music. Like him or not.