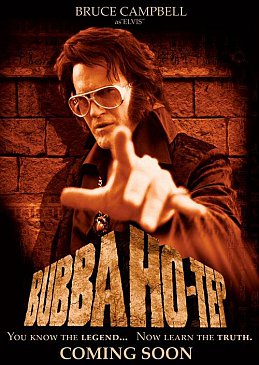 Twentysomething years ago an amusing little book appeared, Elvis: The Novel. I don’t remember much of it, other than Elvis killing manager Tom Parker, and at one point an overweight Elvis is performing in Las Vegas when a very drunken John Lennon arrives and is appalled by his childhood hero reduced to waddling around singing old hits. Lennon (Yoko-less, rudderless) starts to heckle.

The King and the jester meet afterwards and Lennon convinces Elvis to get back in shape. Elvis records with the Beatles, reclaims his crown and retires to run a burger outlet. Or something like that.

A dozen years before Elvis: The Novel there was equally fanciful story doing the rounds: that Beatle Paul McCartney was dead and had been replaced by a lookalike who, conveniently, was also left handed and could sing and write songs. It was said McCartney had been killed in an accident (“he blew his mind out in a car”) and evidence of his death was on Beatles’ album covers and in their lyrics.

My guess is author Joe R Lansdale inverted and imploded these Elvis/McCartney ideas for his own short story, and then added other aspects.

Consider: Lansdale’s story has an old Elvis living in a retirement home in East Texas. Years before he changed places with an Elvis impersonator but then missed the chance to switch back.

Now add other elements: let’s flip Steve Martin’s The Jerk in which Martin thinks he’s black. So in Lansdale’s story we have a black resident of Elvis’ nursing home who thinks he’s white  -- and, for added laughs, believes he is JFK.

This is getting more absurd by the minute, right? All that’s missing now -- and it’s obvious when you think about how successful The Mummy was -- is someone from the undead, like an Egyptian prince who looks like a cross between Freddy Krueger and Thriller-period Michael Jackson.

These are the ingredients for the 2002 budget movie Bubba Ho-Tep which won best screenplay and best actor (Bruce Campbell for his old Elvis) at the US Comedy Arts Film Festival, and was part of the official selection for the Toronto Film Festival a couple of years back.

There is dark humour in Bubba Ho-Tep (available as a double disc DVD with swags of interviews, a making-of featurette, video clips and more) and reference points are early Jim Jarmusch, David Lynch and the Coen brothers.

There are funny lines: “They dyed me this colour,” says the black JFK played by the late Ossie Davis. “That’s how clever they are. Can you think of a better way to hide the truth than that?”

But there is also pathos: When Elvis tells how he tired of being the King he says, “I was just impersonating myself, I couldn’t do nothin’ else”.

If Lennon had heckled him in Vegas and he’d straightened himself up, Elvis might have lived to agree.

Thank you, thank you very much! - Received my copy of Bubba Hotep and absolutely loved it, an Elvis, Egypt and b-grade horror fan from way back - heaven on a stick - this ones going straight to the pool room. 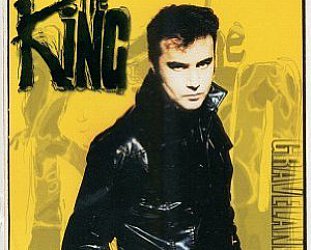