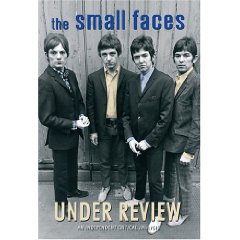 While it may be fair to consider the Small Faces out of London's East End to be one of the most interesting and even musically inventive groups of the Sixties, it is pushing it -- as one commentator does here -- to claim that they were right there behind the Beatles and the Stones.

That not only ignores the Kinks, for example, but fails to account for the Small Faces' patchy track record of singles (as many misses as hits, albeit some damn fine misses), that some of their early hits were written for them, and the few albums under their name.

That said however, the Small Faces certainly have a story to tell and in the absence now of the late Steve Marriott and Ronnie Lane it is here left to a parade of UK talking head journalists-cum-fans (Paolo Hewitt, Chris Welch, Keith Altham among them) to fill in the gaps between their singles which started with the remarkable, soul-infused Whatcha Gonna Do About It in '65.

From there on this rather superficial account from 2005 concentrates on their recording career until Marriott's departure at the start of '69 and rather overlooks matters of personality. The talking heads tend to repeat each other and the video footage of the band is largely drawn from a couple of television shows (albeit sweaty and pretty thrilling).

There is a strange journey recounted: a British band that genuinely understood screaming soul music (Marriott better than Steve Winwood for my money) but made its name with pop hits (All or Nothing, Sha La La La Lee, Tin Soldier), being dismissed as not serious for gimmicky psychedelia (the classic Anglo-framed Lazy Sunday, Itchycoo Park) and created the oddball concept of Happiness Stan on the Ogden's Nut Gone Flake album. They also served up Here Comes the Nice ("he's always there when I need some speed") which was overt in a period when most musicians made coded references to drugs.

There seemed to be no coherent thread to Small Faces' singles, which meant people picked them up and put them down.

It is a bit disingenuous for one commentator here to note that it took the Beatles four years to get from Please Please Me to the psychedelic era when the Small Faces did it in 18 months. That ignores the fact the Beatles started a couple of years before the Small Faces and also ushered in the era of pot-pop and subsequently acid-pop which paved the way for others, such as this band.

A much more thorough Small Faces DVD has yet to be made and in its absence this -- which clearly states it is not authorised by the band or trustees of the estates, management or record companies -- might have to do for the moment. It comes from Chrome Dreams which seems to specialise in such unauthorised projects as Bob Dylan's Jukebox and Bob Dylan's Theme Time Radio Hour.

PS: There is a superb doco about Ronnie Lane's magic and tragic life, The Passing Show. Seek it out.

This is a nice, balanced, review. Thank you. I've picked up the DVD and been conflicted over whether to purchase it or not. See, also, my SF blog post at: http://troybear.blogspot.com/2009/03/who-were-small-faces.html

Troybear,
I wouldn't recommend buying the DVD. I just rented it out from Videon(in Auckland)and was disappointed. Apart from some interesting live footage (possibly worth the price of admission)this documentary does a good job of making a fascinating group seem a tad dull!Worth a chuckle if you can handle the talking heads repeating each other word for word in what started to seem quite comical after a while! Here's to a worthy doco on the Small Faces sometime in the future. 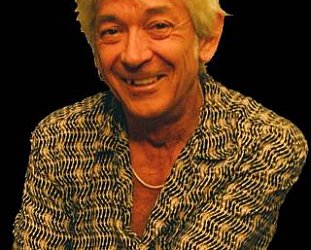 Ian McLagan bangs away at the hotel piano and, without missing a beat, offers an unpublishable aside. Politely translated, the music business being what it was then, he wasn’t... > Read more 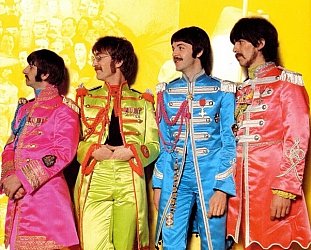 Like millions of others, says classical musician Howard Goodall at the start of this hour-long doco, he was spellbound when hearing the Beatles' Sgt Peppers Lonely Hearts Club Band in June 1967.... > Read more