For those of us who are pay-per-view civilians, television is a kaleidoscope portal from the present (the Oscars, downtown Baghdad on a bad day) to the past (the History Channel), and sometimes into an imagined future (although heaven forbid it should be as po-faced as Stargate SG-1).

The time-shift possibilities can be fun, but they are a warning if you think these are the best of times. As many -- Martin Scorsese an obvious exception -- on Hollywood’s red carpet undoubtedly now do.

But a channel scan restores perspective to any Oscar ballyhoo.

A couple of years ago I tuned in to TCM -- the channel devoted to “classic movies” -- where there were the award-winning masterpieces of yesteryear.

And, sorry to report, most of the films were dire.

The jury might still be out on the sleep-inducing Gone With The Wind -- the first time I saw it I left at halftime because I thought, at over an hour, it had finally finished. But it seems even longer on television.

However, gay audience aside, I think we can all agree on the evil Wizard of Oz: munchkins give adults nightmares.

And Goodbye Mr Chips? Spare me.

What about Blow Up which starred Vanessa Redgrave and David Hemmings in Swinging London of 1966? It was the best film of that year according to most critics. And the first English-language outing by Italian director Michelangelo Antonioni.

That needs some qualification however. After the first 20 minutes there is barely a word mumbled in any language. It is all intense expressions, cool pouting, and puffy boyish Hemmings saying things like, “I saw a man killed today”. Then, after an implausibly long pause, some dolly bird says, “Oh”, before wandering off for a joint.

A multi-award winner in its day.

There were yawning TCM epics (Dr Zhivago), those risqué in their period (Butterfield 8 from 1960 with a slim Liz Taylor), and sentimental tripe (Lassie Come Home from '43 with an even younger Liz).

Even the so-called kitsch delights are less than delightful and often more than kitsch. I dare anyone to watch a Vincent Price horror flick right through without once going the bathroom -- even if you don't need to go. 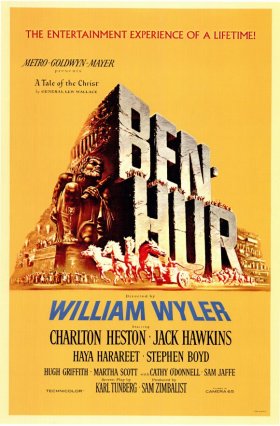 Okay, in the past -- as now -- there were great films which have stood that cruellest of tests in art: time.

There was Bogie in The Treasure of Sierra Madre, Heston’s impossibly bronzed chest in Ben Hur, and Cat on a Hot Tin Roof where Taylor and Paul Newman steamed in the southern heat.

Jeez, back then people smoked?

So if the past teaches us anything it is this: we shouldn’t be attached to the wonders of the present, even though Crazy Heart is a pretty terrific movie.

In four decades how will Sideways be received: “You mean they let people drink in those days?”

Or Million Dollar Baby: “You mean they let people box in those days?”

Or Twilight: "What was it with you people and vampires?"

And Two Cars, One Night? We in the homeland might be asking, “You mean Maori spoke English in those days?”

We are inevitably wedded to our time but TCM -- a kaleidoscope of cinema memory -- is what lazy thinkers often refer to as, “a wake-up call”.

Time for me to quit the couch and go to one of the more recent Oscar-acclaimed movies?