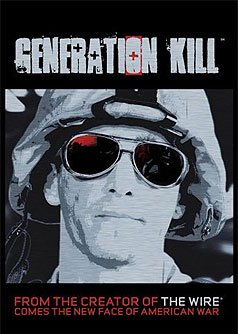 Anyone looking for an insight into the modern American military in combat need not go past Evan Wright's exceptional Generation Kill. Gung-ho marines raised on video games, hyped up on caffeine, pounding hip-hop and testosterone roll into Iraq in the first days of the 2003 war to clear a path, be a diversion and kill the enermy. They are there to "get some" as they say.

Wright was an embedded journalist who reported on the men, the machinery, the madness, the mistakes and murder of civilians, the horrifying ambushes, lack of proper equipment, the blood and noise . . .

It makes for compelling if very uncomfortable reading: heroism isn't a word you would apply to a lot of what he writes about. Commanders are stupid, misguided or simply out of their depth, the men they command an odd collection of university graduates out to prove their manhood or less than bright misfits keen to kill and see action.

There are noble characters too, but as an insight into what really happens when young men go to war Generation Kill was a clear -- and sometimes wide - eyed account.

Some sections of it were adapted for the short-lived television series Over There, a brave but ultimately doomed attempt to portray the lives of real soldiers in all their complexity.

It is a curious thing to note that during the whole Vitenam era Hollywood and television were almost mute on stories set in that conflict (John Wayne's Green Berets being an exception, but his was a little more than another cowboy flick set in SE Asia). Iraq however has been heavily covered as a subject in films such as Jarhead (Desert Storm) and In the Valley of Elah (the effect on young men and the family at home).

This seven-part series made for television from Wright's Generation Kill was produced by David Simon and Ed Burns (The Wire) and had episodes directed by Susanna White and Simon Clellan Jones.

It sticks closely to Wright's award-winning account (he co-wrote the screenplay) and although somewhat shapeless and unclear in the first episode (much like what was happening to the Marines) the narrative thread and separate characters emege in subsequent parts.

Unlike Over There however -- where you are up close with the characters very quickly and they are an ensemble -- this series doesn't reveal personalities quite so readily. That makes it slightly more difficult and demanding to watch. And it is hard to identify with any characters you think might basically be "good" (although that happens over time). 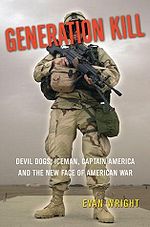 Because of the veracity of its source material Generation Kill could be read like a docodrama, but you can't help think it was one that the US military couldn't exactly be happy with. Weirdly, you can buy Generation Kill merchandise.

Iraqis and Amercians are killed, commanders are sometimes portrayed as shallow and stupid, and the enemy remains somewhat faceless (unlike some episodes in Over There).

This isn't for everyone -- but Wright's bruising book should be required reading in history classes and by anyone who thinks that "Go Army" is an appealing slogan.

I just read HELLA NATION, a book Evan Wright published recently. There is some military stuff in it–about 101st Airborne troops in Afghanistan– but mostly it’s writing he did for Rolling Stone and Vanity Fair about Americans, from Anarchists to Ultimate Fighters to some pretty insane stuff about Hollywood. A lot of the writing in HELLA NATION has the same darkness and humor and oddball characters as Generation Kill. Wright also goes into his background writing at Hustler, which he mentions in Generation Kill, but here it’s much more personal. His essay about the porn industry is definitely creepy and fascinating. HELLA is very much the same writing as Generation Kill, but the subjects are very different.

I thought the TV series was exceptionally good. It made me want to read the book, if only to discover if the characters- and the plot arc, esp of the sargeant's slow disillusionment- were manufactured a little, or more-or-less as per Wright's book. From what you've said, it looks as if the series was fairly faithful to the book, at least.
It's gripping television- horrible and absurd and funny. (I feel a little suspicious that I enjoyed it so much- the wire makes me feel like this too. How can the depiction of such horror or hopelessness be so satisfying?) 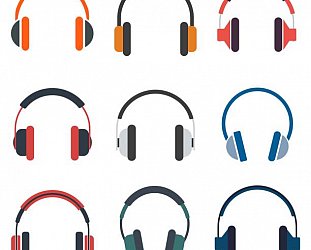