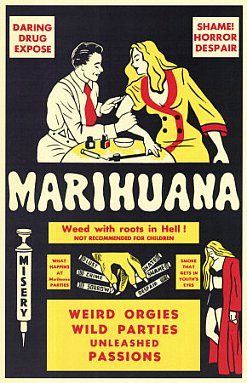 Every generation thinks it invents the same two things: swearing and sex. Equally, in the Western world at least, for the past century or so every generation gets the soundtrack it needs. And the drugs.

Drug education is a fraught area (more so than movies about junkies or drugs) and the tendency has been to go for scare scenarios. No one in their right mind doubts the dangers of methamphetamine, and while most sensible thinkers would concede that there are also dangers with marijuana at the other end of the spectrum for some people, pot would still be at the lower end of the scale.

Unless you lived in the US in the Thirties, Forties or Fifties if these films were coming up at your drive-in or local picture theatre. 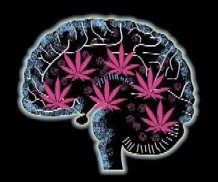 This three-disc collection of anti-drug films (from Cocaine Fiends of '35 through Narcotics Pit of Despair in '67 to Drugs Are Like That in '79) doesn't give contemporary audiences any new information (other than confirming that opium dens still look really cool) but does show you how earnest and well-meaning citizens and film-makers tried to educate young people about the scourge ravaging high schools and communities.

As with the similarly conceived juvenile delinquency collection, there is something simplistic and quaint about these films: drugged up kids come from bad families or poor backgrounds, they are failures at high school, good kids runs with the wrong set (but after love and attention can get back to mom and pop and study), and middle class life looks painfully dull. 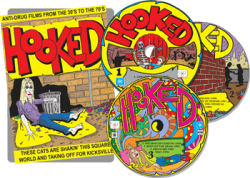 The interesting thing you took away at the time was that there seemed to be a direct equation between smoking a joint and then stealing, killing and hanging out with creepy people or low level gangsters. In short, a joint allowed you entry into a far more colourful world than suburbia.

Stupid, unintentionally funny and tragic too. There are a lot of very beautiful opium pipes burned by narcotics officers in a silent sequence from 1914. Bastards!