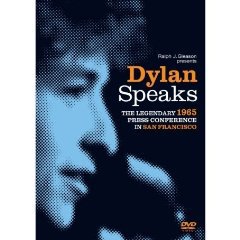 In December 1965 Bob Dylan -- with his "protest singer" days behind him, an electric guitar now his weapon of choice, the as-yet unnamed Band as his group and with Like a Rolling Stone redefining the parameters of pop and rock -- sat down for an hour-long, televised press conference in San Francisco.

Dylan would never do another like this, and in fact no musician has ever really done something similar: some these days will sit for 10 minutes with management controlling the questioners, or people like Bob Geldof and Bono will give over time and talk about weighty matters. But an hour, about music?

However at this time no one really knew what to make of Dylan -- was he the voice of his generation or just some fly-by-night before we got back to the real business of pop entertainment?

Dylan was, of course, no help.

For the first third of this legendary interview -- during which he offered he was "a song and dance man" and "a mathematical singer", glib descriptions widely repeated in subsequent decades -- he is elusive, elliptical and sometimes just plain annoying.

He is also much more nervous than you might expect from someone who seemed so cool under fire: he smokes constantly and his hands shake, he avoids questions with brief and often wilfully senseless answers, and seems to be in on some private joke.

The joke, such as it was, is revealed when he says at one point, "I've never done this before". The "this" being not just the press conference but -- as with the Beatles for whom every step was into the unknown -- undertaking a journey in music and culture where none had gone before.

As is the nature of such press conferences there is no sustained train of thought as various journalists and friends (like Allen Ginsberg who is in the audience) ask questions of a random nature.

But as things progess Dylan settles into longer answers about his songs and where he is at. He seems amused people now boo him in concert (they must have a lot of money to go to a show and boo, he says), and gets slightly tetchy when it almost seems a couple of journalists have uncovered a sore or contradictory point.

There are also the grinning and giggling acolytes in the crowd who think his every utterance is either funny or enlightening (they are often neither).

In its own way -- and this will perhaps only hold true for those interested in this pivotal period in Dylan's long career -- this is quite fascinating.

Here is a singer who says he doesn't understand why he has become so popular, denies his influence on people, is bemused by the analyses of his songs (although is disingenuous when he says they don't mean anything) and does this with wry wit.

As the film Dont Look Back showed, these were the final days in which Dylan would be so public and (sort of) accessible, and so good humoured.

Within a few months those shades on the table in front of him would be permanently in place and the smiles would be much less frequent. The humour was gone.

And pop or rock musicians wouldn't sit for an hour and let people ask them unscripted questions. The times indeed were a-changin'. 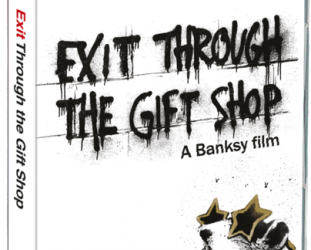 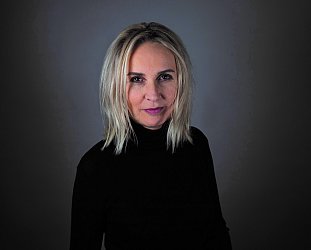