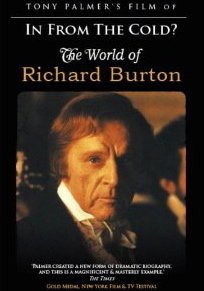 The great actor Sir John Gielgud used to shake his head in wonder at the towering talent of Richard Burton and say that "he came from nowhere, from nowhere". Which isn't true at all, he came from a very significant somewhere -- and in this insightful, honest and probing documentary by Tony Palmer -- that place was writ large right throughout Burton's career.

Richard Jenkins, as he was born, was the second-to-last child in a poor Welsh family of seven boys and four girls (another two died in infancy). They were a mining family which at one point depended on the income of just one of the family working in the pit, and he barely over 14.

Yet out of this -- and indeed because of this -- Richard Burton emerged as the ambitious, powerful, flawed character he became, a man who could truly claim the crown of "star of stage and screen".

He should have been destined to a life of anonymus poverty -- his mother died when he was two, he went to live with an older sister -- but instead got to play Hamlet in front of Churchill during the Second World War and marry Elizabeth Taylor. Twice.

The young man was ambitious, literary, collected dung and old newspapers to sell (the first as fuel and the second to chip shops to wrap fish'n'chips in) and at 14 worked in a habadashers . . . but always felt this wasn't real manly work of the kind his family knew.

At his own insistence he was taken in by the teacher Philip Burton (who later became his guardian, hence the name change) who drove him hard academically, and at 18 Burton entered Oxford. He worked his way into the drama club and local theatre, then bigger stages and finally films. He ruthlessly cultivated that beautiful English speaking voice which he deployed to intimidate and impress.

By the time he hit Hollywood he was bedding starlets with impunity, making great and awful films, famously left his wife Sybil for Liz Taylor whom he met on the set of Cleopatra (he and his former wife only ever spoke once afterward) and they became the target of character assassination, ridicule and contempt.

And along the way Burton's drinking began to take hold. He tells of a friend saying he was drinking three bottles of spirits a day at one point (he admits he could never remember the third) and an anonymous health test came back saying this man would be dead in two weeks.

But Burton also had career-defining films and stage productions which no one could deny him. He was a voracious reader who carried a Bible and a Complete Shakespeare with him, and a powerful intellect: when he got bored during a long run of Hamlet on stage he would do it as Gielgud might, or throw in whole speeches in German; he won a bet by reciting Shakespeare's sonnets backwards.

But at core there was always something missing and he took the money more often than turned it down. He was extravagant (also generous to a fault) but there was also some sense of self-loathing as many say here.

The director Mike Nichols, of Burton's later career, says the actor mistook seeming for being . . . and with Liz Taylor lost the distinction completely as they were profligate with their talents, and addicted to booze and brawling.

This insightful doco by Palmer was first shown in 1988 and was done at the instigation of Burton's last wife, Sally. By being so much closer to the time of Burton (who died in '84 at just 58) it allows for interviews with his many siblings, people like Lauren Bacall, Claire Bloom and Emlyn Williams, and weaves through some sequences from Burton' career on stage and screen.

Burton himself appears in teling interviews and frequently asks a question which must have haunted him, this child of the valley. He says he knows of 20 to 30 other actors equally good and many of them more handsome who never enjoyed the career he had.

The sequence from Equus encapsulates the doubt behind his life: "Why me? Why me? First, account for me." 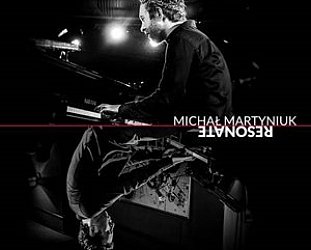