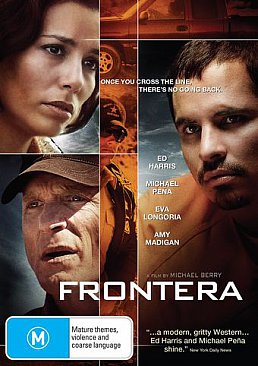 Many, many years ago I spoke with the man who was the head of Refugee and Migrant Services in Auckland. At the time I was writing articles about displaced people who were arriving in New Zealand under our extremely modest refugee quota.

He told me of an Afghani man who, after fighting the Russian invaders, had been forced to flee his country and traveled overland to the east, eventually ending up in a refugee camp in Thailand. From there he was accepted under New Zealand's quota and arrived here having learned five languages along the way.

People like this person, said the RMS guy, have the most extraordinary stories and in years to come they will become a major part of our literature.

Regrettably – because we could all learn from their tenacity and battered lives – that does not seem to have become the case, although it may well do.

Those who relocate and leave their families out of desperation, sheer survival or the desire to create a better life for their people back home have extraordinary stories to tell.

And much as self-serving politicians might want to paint the picture in simple black'n'white, there are colours and shades of grey in their lives.

It is those colours and shades which inform Frontera, a film set on the border – fairly porous in this specific location – between the United States and Mexico.

When Miguel (Michael Pena), a recidivist border-crossing husband who seeks work in the US, he finds himself wrongly accused of the murder of an American farmer and former sheriff's wife.

When the farmer (Ed Harris) begins to doubt the accusation the areas of grey become larger.

On the American side of the frontier are gun-toting teens and self-styled patriots for whom border-crossing Mexicans are targets for sport or murder, but also on the Mexican side are those who exploit their own people by ferrying them across at great expense then holding them for ransom and, in the case of Miguel's pregnant wife (Eva Longoria, excellent in a very unglamorous role), much worse.

The arid landscape of the border – indistinguishable as belonging to either country – and the high-contrast, brightly-lit suburban streets of the town on the US side form the backdrop to a story described by critics as a contemporary Western.

Although the story by director Michael Berry and Luis Moulinet III doesn't reach the depths of those by Cormac McCarthy or Larry McMurtry, it feels all the more persuasive for that.

Frontera comes across as a plausible story (told mostly in subtitles) of real people on the borderland between two countries, right and wrong, corruption and morality. Because she was born in Iraq and grew up in New Zealand, the album Songs Over Baghdad by singer-songwriter Yasamin was always going to be different. It was her response to events in her... > Read more