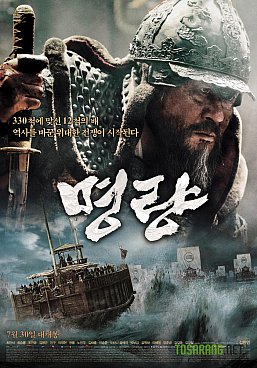 At the end of the 16th century — around the time Shakespeare was writing The Merchant of Venice and Sir Walter Raleigh was a hero of his people -- events of a very different kind were unfolding and being soaked in blood on the far side of the world.

The Japanese had invaded the Korean peninsula and the Joseon Dynasty – which had been in place for a couple of centuries — was under serious threat of collapse.

The capital Seoul was in the sightlines of the invading Japanese and at sea the Joseon fleet was almost non-existent.

In fact it was down to 13 vessels and little more than 100 men, and the Japanese fleet of over 300 was in control of the waters around the peninsula.

And then something remarkable happened.

The Joseon navy, such as it was, was put back in the hands of Admiral Yi Sun-sin – who had been discredited and punished by the emperor — and against the impossible odds he mobilised his men and ships . . . and took on the Japanese fleet.

And – true story – Yi defeated the Japanese who retreated. As a consequence their army lost heart because they were not getting essential supplies and also backed off, and the Joseon Dynasty was safe for another couple of centuries.

It was one of the most extraordinary naval battles of all time, and one which is sometimes still studied in naval academies.

It was not a triumph of numbers but of skill and knowing the local conditions.

Yi lured the Japanese fleet into the Myeongnyang Strait (known as The Roaring Channel to locals) between the mainland and Jindo Island. It is so narrow, just a few hundred metres wide, that today there is a suspension bridge across it.

But in those waters lay the secret of Yi's success. The current change rapidly between incoming and outgoing water, and whirlpools can suddenly form.

Yi knew that, the Japanese did not. 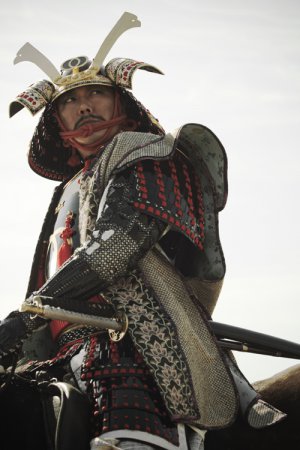 So when the Japanese ships entered the straits to destroy him they were fighting against the tide, but when it changed they were dragged into each other, pulled into whirlpools and easy prey for Yi's cannons.

That remarkable story is told in this somewhat melodramatic film which is very high on authenticity and production values, but also has something of the stage presentation so common in films from that part of the world.

The character playing Yi might not say much — it is all internal action for him — but the story unfolds with often terrifyingly graphic battle scenes, a few ancillary character who represent peasants, sailors and spies, and costumes which are jaw-dropping in their detail.

You do not need to be remotely interested in Korean history, military matters or this specific story to get drawn into the whirlpool of its story.

In Korean with English subtitles.