As much reminder of how a television mini-series and historical drama used to look in the Eighties, this six hour epic across three discs is certainly ambitious in attempting to present the American Civil War from a few different perspectives.

Filmed in Arkansas and notable for its historical accuracy and the then-spectacular and graphic battle scenes, it is based on the books by Pulitizer winner Bruce Catton and follows two sides of a family divided by the conflict.

The families are those of two sisters and the children who live just a few days ride from each other but find themselves on different sides of the conflict.

The pivotal figure is young John from Pennsylvania who is an artist and gets a job drawing illustrations for a newspaper, which takes him to the John Brown abolitionist trial and hanging, Gettysburg for Lincoln's speech and on to the various key battles.

Along the way however we see his brothers as young rebel boys joining up for the sheer thrill of the fight and to protect their culture, military figures who are either blind to the chaos or acutely aware of it, innocent civilians caught up in the crossfire and entrepreneurs milking it for all its worth.

There's a very good narrative about the futility of it all and the fickle nature of heroism embedded in it too. And running at your enemies' guns across a wide open space does not, on any level, constitute a "military tactic". Yet both sides did it.

Gregory Peck plays a homespun Abraham Lincoln and among the rest of the cast are Lloyd Bridges, Stacy Keach and Colleen Dewhurst.

The music is appropriate (sometimes played by dour-looking fiddlers) and -- while this can be laboriously slow by contemporary standards and the plot lines a little laboured as they attempt to bring in matters of race, money, regionalism and various characters -- it at least doesn't take sides . . . although there is considerably more sympathy for the Confederates than many such films have allowed in the past.

Some of the "rebs" are cliched wild boys and politicians spend a lot of time nodding sagely while Lincoln tells another homily, but over the long haul -- and it is long -- this is actually much more interesting than perhaps the first 45 minutes suggest.

Oh and yes, a few of there black workers say things like "Lawdy".

But then again, maybe they did. 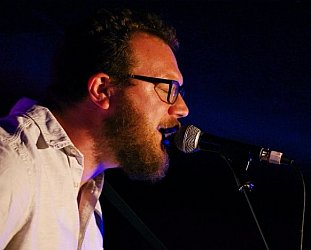 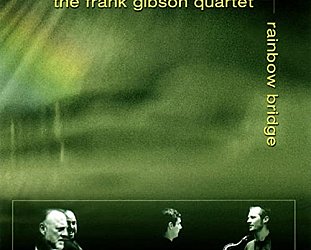 Mid-last year I was asked to write the liner notes for an album by a local musician. These offers are usually politely declined for obvious reasons. But this one was different, so I agreed to... > Read more