In 1969 as an 18-year old I flew into and out of Saigon and looked down on that blasted landscape of craters around the city. And then the thick jungle which seemed to be impenetrable and covered most of the country outside of the city and a few hamlets. I remember quite clearly thinking, you can't win a war down there.

In 2005 flying over vast tracts of Pakistan/Afghanistan I looked down at that arid, mountainous expanse of endless landscape of inhospitable rock and sand bleached almost white and thought, you can't win a war down there.

So when American general Stanley McChrystal says in this National Geographic doco, “I realised in the summer of 2005 that we were in a very difficult position in Iraq, and there was every possibility we could lose” my thinking was, I coulda told you that.

It always struck me as odd that New Zealand troops being prepared to fight in regions as challenging as the jungles of South East Asia or the hot (or snow-covered) lands where jihadists hide should train at Waiouru near the Desert Road. That region would seem to prepare you for neither terrain.

This interesting 90 minute doco examines how the defeat in Vietnam determined American military thinking for the generals – among them Powell, McChrystal, Petraeus, Clark and McCaffrey – in more recent times.

All of the generals were either Vietnam vets or completed their training just as that was hit its most sour point before the retreat in '75.

They – as did the military establishment -- vowed that would never happen again.

And of course it did, often it appears through no fault of their own best advice to politicians but by men in suits living in comfort back home.

This decent overview – which allows the generals, most retired – to speak frankly (and McCaffrey is certainly that, espousing nothing but “hatred” for Donald Rumsfeld) traces to-brass American military thinking the closing years of Vietnam, into the Cold War with the failing Soviet Union, the aftermath of 9/11 and the sudden strike in Kuwait which rolled over Saddam Hussein's army within just a few days.The cheering had barely died when Afghanistan and then Iraq came into the sightlines and the US military – prepared for conventional tank war – was now faced with guerrilla fighters, enemies without uniforms and battles with no clear frontline.

To deny that was a repeat play of the Vietnam scenario they had tried to avoid started to ring increasingly hollow.

Loose affiliations of Ba'athists and jihadists in Iraq, the flexible loyalties of tribal leaders in Afghanistan, bad military decisions and worse political ones started tripping over each other. Refusing to have Ba'athists in positions of power or even any role in Iraq – when many had just plead loyalty to get a job under Saddam -- meant hundreds of thousands of men out of work and angry . . . now at the Americans.

By the end of this doco when the statistics of dead and wounded (American military and local civilians) and the financial cost (is “a trillion” a number anyone can comprehend, let alone two or three trillion?) this is a sorry story.

It is also a story of some good men who read the history books, lived through America's first defeat, restructured the military (volunteers not conscripts) and yet saw – sometimes in retrospect – the whole thing unravel with appalling cost to human life and global security. And actually make the world a more uncertain place than it was even during that standoff with the Soviets, a “war” won without too may shots being fired.

Fascinating, in a bad way. 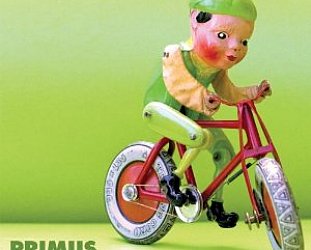