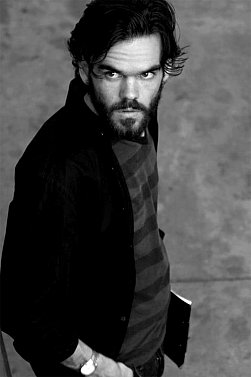 Auckland-born filmmaler F. Theodore Elliott's independent debut feature Baseball has an interesting vignette quality about it. Characters, ideas and images appear and are gone, some to return, others to be left behind.

Shot over two years and with an esemble of young amateur actors, it has a dream-like quality in places . . . a dream you can only piece together at the end and set in abandonded buildings and suburbs which look empty and soulless.

After attended Auckland University from 2008 -- 2010, F dropped out, one semester short of graduating, and attended film school in 2011.

Parallel to this he was a founding member of the band Jackal, for whom he wrote, and performed on all five albums the band released in its eight year career until last year.

In spired by the low-budget Dogme school of filmmaking (films made without expensive sets or lighting equipment, shot on cheap, consumer-grade digital cameras), he began buying up unusual cameras and sound equipment while working on the films of others and began writing Baseball.

He unashamedly cites as visual mentors Wim Wenders, Jim Jarmusch and Yasujiro Ozu, but to their inspiration he brings his own aesthetic.

Elsewhere has written about Baseball here (it tours the country next month, see poster below for details) and so invited F. to answer of Famous Elsewhere Filmmaker Questionnaire . . .

Mulholland Drive - That film really taught me that you don't have to meet the audience half-way. You can do something totally wild and crazy and if you do it well enough the audience won't be put off by the loose ends and unanswered questions. It taught me to respect the audience's curiosity and not to pander to them, 'cos as soon as you start doing that you're basically telling them what they want.

I still rate Mulholland Drive as one of the best films ever made.

I think every young film-maker goes through a Tarantino period. He makes his style of dialogue seem so effortless that everyone feels they can do it too. I wrote a lot of terrible scripts in film school that were trying to ape his style. You gotta respect a guy like that who can make it look so easy.

Less embarrassing is probably Jim Jarmusch, his films are so stylish and cool while still feeling honest and emotionally relevant. That slow laconic style of his definitely had a big influence on me.

I'm ashamed to say this, but honestly I don't know Gregory Peck or Dirk Bogart's work well enough to make a comparison. More fool me.

Scorsese - I'd like to say Truffaut to make myself sound smart but the fact of the matter is when the chips are down I'd probably rather watch a Scorsese. How many iconic characters has that guy directed onto the screen?

DeNiro - He has something else, like all those characters are fully formed within him. You never get a sense of what the man playing the character is like. It's eerie. Pacino's good but you always feel like you're watching Pacino.

Probably French - I try not to think of films in terms of their nationality. I just think 'is this good or isn't it?'. To me the beautiful thing about film is that it doesn't matter where the creator is from or where the audience is from, if it's a good film it will transcend language and time and place and make a connection regardless.

This is too scary, I don't even want to think about this.

If it became illegal to make films I'd break the law. If I was broke and homeless and had no camera I'd steal one. I couldn't stop doing it. 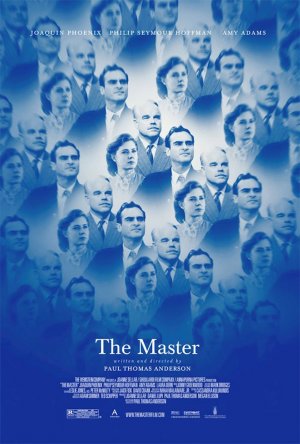 The Master - I think in 10 years, 15 years maybe, people will talk about The Master as one of the best films ever made. It's totally unique without being flashy or wildly experimental. One of a few films I would say is perfect.

An Autumn Afternoon by Ozu - Whenever I see blockbuster films with lots of screaming and crying I think about Ozu and how he managed to make his films so emotionally riveting while keeping everything quiet and still.

Something by Jem Cohen ... maybe 'Instrument' - Jem should be one of the most famous living directors in the world. He has an absolute mastery of the moving photographic image. A Genius with a camera for sure.

I have a book signed by Don Hertzfeldt ... does that count as movie memorabilia?

This question made me realise that for all the junk I have lying around at home I really don't have much film nerd junk.

Maybe Hitchcock/Truffaut - If you're going to learn from anyone may as well learn from the best. Honestly, I learnt the most about film making from looking at photography books. Not just the photos themselves, but the best photography books have a flow and a pace from page to page. They can be like a great film.

And reading terrible, terrible scripts. I spend a lot of time reading scripts that amateur writers put up online. It's all well and good knowing what a good screenplay looks like, but being able to identify the signs of a bad screenplay is just as important.

Probably any of the actresses who appeared in 'Baseball'. I'd ask them what they think the film is about.

I have piles of DVDs all over my place that I've bought and haven't watched yet so I'll limit this to the one I bought AND WATCHED most recently.

Frailty directed by Bill Paxton - I'd heard it was supposed to be good but it didn't really do much for me.

If I could have one film as my legacy? 'Baseball'. One of the most important things I learnt in film school was that you have to be yourself when it comes to making your own films.

There's only one you in the world, only one person with your views and opinions and perspective, so you have to push yourself to articulate yourself through your work. I feel like I succeeded in doing that with 'Baseball', so I'd be happy to live with that film as my legacy ... though hopefully my next film will be even better.

The movie poster or photo of an actor you could you live with on your bedroom forever would be . .

Both films I saw quite young that left a big impression on me.

I'd probably get the most mileage out of a simple 'Hello?...'.

For some reason my characters always seem to be confused about whether someone is there or not. Maybe that says a lot but how I see my place in the world ...

I'd probably just be doing what I do now: Try to make as many films as I can before it's all over.

I'd quit my day job though.

We didn't have to compromise.. We worked hard to plan a film that could be fully realised within the limitations we had and I feel we succeeded. The film came out exactly like it was in my head, which I'm really proud of.

It's easy to make something and then complain that if only you'd had more money, or more time, or some better gear the film would have been better, but I think that mentality is BS.

Even James Cameron has limitations to what he can do. If you can't work to limitations you'll never be able to make anything worthwhile. 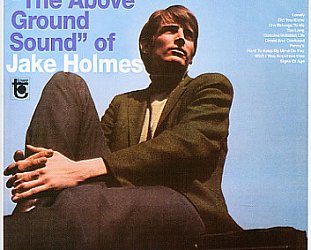