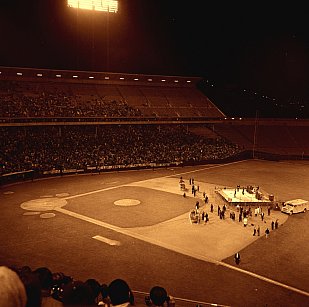 Near the end of the Beatles' Anthology John Lennon – his voice from beyond the grave – says with a pithy reflection, the Beatles were a great little rock'n'roll band.

If that seems an understatement you need only isolate their music from the studio years after 1966 when their songs became more complex and throw the spotlight on their touring years beforehand.

Especially on their August 1965 concert at Shea Stadium in New York.

By that time – just 18 months after their first live appearance in America – they were at such a level they could no longer play even the largest theatres and ballrooms.

And so, another step up a ladder that lead to who knew where, they embarked on the first stadium tour by a rock band: Shea Stadium held 55,600.

It was the biggest live audience of their career. 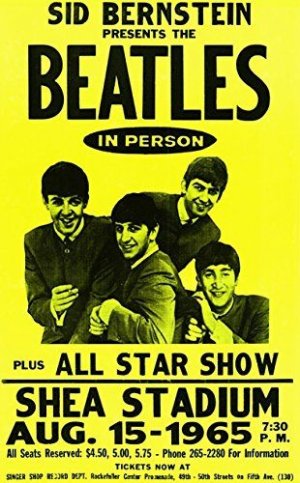 And yet there, isolated on a stage in the middle of baseball stadium and with their sound coming through the venue's tiny Tannoy speakers, they delivered a blindly brilliant – if very brief – set which was -- aside from Lennon's Baby's in Black and Ringo's Act Naturally – pure rock'n'roll.

They started with Twist and Shout, worked their way through She's a Woman, I Feel Fine and Dizzy Miss Lizzy and other songs then closed after just half an hour later with a raucous and good-natured I'm Down with all four of them laughing as Lennon plays his Vox keyboard with his elbow.

And then they were hustled off and gone.

This was a rock'n'roll set and although they couldn't hear each other – Ringo saying he had to watch the others' arses to guess where they were in the songs – they were remarkably tight and there were very few fluffed notes.

But then again, here was a group in which three of them had been playing together since Liverpool and Hamburg days more than five years previous.

A television film was made of that concert (which also included some of the support acts but edited out a few Beatles' songs like Ticket to Ride) but it has only rarely been screened in cinemas. 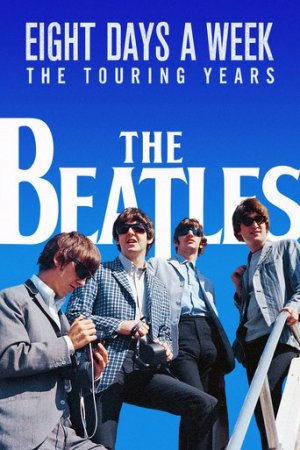 Now however an even more edited version – just the Beatles songs from the original film – appears as a stand-alone item after the Ron Howard documentary Eight Days A Week; The Touring Years (opening in New Zealand, September 16) which puts the spotlight on their rise from Hamburg and British appearances through their American then global touring until their final concert at San Francisco's Candlestick Park on August 29 1966 . . . exactly 50 years ago.

Eight Days a Week has an extraordinary arc as it moves from the screaming at early concerts to the increasing chaos and local police's inability to control crowds and then very quickly the Beatles' disillusionment with the whole numbing process of hotel-car-concert-car-hotel.

On stage their humour and enjoyment of the music comes through but after 1965 the weariness is evident. Ringo slumped unhappily over his drums at a Budokan concert in Tokyo, grimacing and looking close to tears, is one of the most telling images in Howard's doco.

The film draws mostly from footage familiar to hardcore fans, but it is that trajectory from joy and enthusiasm to controversy and discomfort which leaves the lasting impression. 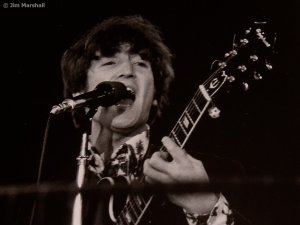 From mid '65 when their sound was moving rapidly away from Beatlemania pop, there is a palpable sense of unease and unhappiness coming through. The pop world became their prison, and after Lennon's controversial statement that the Beatles were more popular amongst teenagers in Britain than Jesus, the subsequent American tour in '66 was fraught with danger.

To see Lennon squirm, defend himself and through gritted teeth make a begrudging and qualified apology just makes you realise how rapidly the gloss could come off.

Yet despite the actual danger – as the doco notes this was a country of gun owners in which their president had been shot just three years previous – the Beatles continued to perform. And well.

And from right back at the start.

Their first US concert in Washington just days after their legendary appearance of the Ed Sullivan Show in February '64 is astonishing to behold. On a tiny stage with minimal security Ringo has to try to move his drum riser to face the other side of the audience in the round.

And against a wall of screams from around 5000 they played a terrific rock'n'roll set opening with Chuck Berry's Roll Over Beethoven and ending with a furious versions of Twist and Shout and Little Richard's Long Tall Sally.

Their excitement at being in the home of rock'n'roll is evident and in the period interviews they seem shocked at how responsive the American audiences have been. McCartney says they thought they'd have to work their way up, but . . .

And so it went for years afterwards, the global audience of teenagers responding exactly the same everywhere – except in Japan where they were muted and polite.

But by time of that Budokan concert – at which Harrison sang an off-key and awful version of his If I Needed Someone, not included in Howard's film – the veneer of happy Beatle-people was gone. 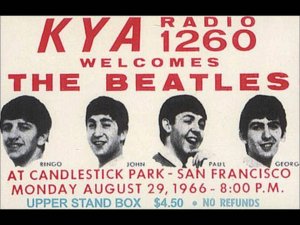 And so it was the unspoken farewell at Candlestick Park and the retreat from the madness and into the studio.

Eight Days a Week closes with footage of their final live appearance on the rooftop of their Savile Row building in London . . . and Howard astutely declines to close with Lennon's well known witticism.

Through interviews, newsreel footage of the whirlwind around them and of course concert footage, Eight Days a Week charts a thrilling ride, but one which you can see must have played hell with those four young men at the centre.

It is a reminder of the cultural power of music and what an astonishing work ethic they had in those early years (touring, writing and recording, two films, radio and television appearances) and their vocal power on stage.

It alludes to the double-edge of fame and illustrates the great music the Beatles made, often writing in hotel rooms while the world outside was mayhem.

Stick around for the Shea Stadium film afterwards.

Despite everything, they remained a great little rock'n'roll band.

For more on the Beatles at Elsewhere start here. It's a long haul.