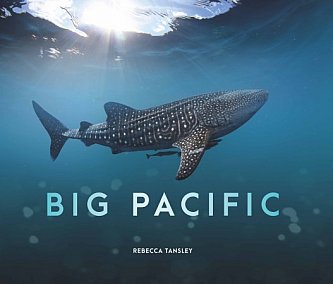 There are maps which show us our world in different ways; the size of countries relative to population or poverty; the planet at night so we can see where people huddle under lights and so on.

But few views are more dramatic and a reminder of our place on Earth than if you turn a globe so that just about everything you see is the Pacific Ocean.

Over to one edge there is a sliver of the Americas and on the other side a cusp of Australia, and in the middle is . . ..

Water, water everywhere. Little specks like Hawaii (the so-called Big Island but a speck) and New Zealand at the bottom.

This vast body of water stretches from pole to pole and yet for all it seeming emptiness – if we think only of humans – it teems with life, only small suggestions of it sometimes breaking the surface.

The Pacific is vast beyond our understanding. One time I took a cruise for days and days out of New Zealand and as far as Vanuatu. Look at the distance on the map of the Pacific. It is so small as to be irrelevant.

Today we fly over it at 36,000 feet and arrived in South East Asia or the continental United States in hours. We complain about the length of the flights but they blur the truth of distance. 60 years ago when people crossed the Pacific by large steam ships the journey took weeks. Hauling off near Pitcairn after the journey from the Panama Canal was a cause of celebration. Land-ho!

Rebecca Tansley's beautiful, coffee-table book of wonderful photographs and intelligently pointed text starts with a few key words: “Deepest. Widest. Largest. The Pacific attracts an ocean of superlatives . . .”
She notes in passing that the Pacific covers a third of the Earth's surface and that its name can be something of a misnomer, it can be wild, violent and volatile . . . . and “the world's largest stage for nature's unending drama”.

Her section Violent Pacific (“the epicentre of natural mayhem”) is the last in the book, but prior to that in these 240 lavishly illustrated pages she deals with the Passionate Pacific, Voracious Pacific and Mysterious Pacific. 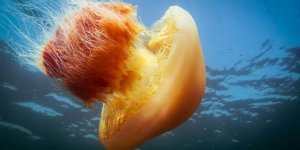 A companion volume to Natural History New Zealand's four-part television series which starts screening on Prime this weekend (see date and time below) Big Pacific looks at rare events like the annual Palolo Rise event in Samoa where tiny underwater Paolo worms come to surface, many to be harvested as a delicacy by local people to the two-metre wide, multiple-mouthed Nomura jellyfish which drifts around in the seas west and south of the Korean peninsula.

Out there in the Pacific are little known outcrops like Ball's Pyramid near Lord Howe Island which is taller than the Empire State Building and home to a tiny population of a rare stick insect, stumps of spruce and cedar trees off the coast of the Pacific Northwest which were submerged in an earthquake in 1700 and of course White Island off New Zealand's East Coast.

Mankind has wrought havoc in this vast ocean of course, plastic waste is an increasing problem, submerged aircraft from the Second War War (notably around Papua New Guinea and the Solomon Islands) are playgrounds for divers but beat silent testimony to the horrors of the past . . ,. as do the skulls piled up in PNG's Milne Bay, the remains of centuries of cannibalism.

But the beauty of the natural world in the Pacific is everywhere in the up-close – sometimes dangerously so – photographs of coral, saltwater crocodiles which are compelling in their menace, tree-climbing crabs, the odd Moeraki Boulders . . .

And sometimes Man has contributed to strange and unexpected structures, like the ancient abandoned city Nan Madol in a remote part of Micronesia built on 90 artificial islets maybe as early as 500AD and was home to perhaps 1000 people.

Out there in the big Pacific are mountains – above and below the surface – and desertscapes, ice and tropical islands, creatures often only seen by a few researchers or naturalists, and . . .

Rebecca Tansley's Big Pacific book is a page turner with economic captions and pointed paragraphs of information accompanying the hundreds of colour photos, and it whets the appetite for the television series about our very, very big blue backyard.