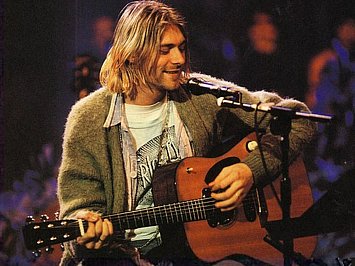 There are a couple of glaring ironies about this weak doco. The first is that it takes its subtitle “Isn't it ironic?” from the terrible Alanis Morissette song Ironic in which she seemed to confuse bad lack and coincidence with irony . . . thereby proving Bono's sweeping statement that “Americans don't understand irony”.

But the other irony is the more important, that it's very dull.

The Nineties are sure interesting enough – in passing, an analysis of visitor engagement at the Volume exhibition at the Auckland War Memorial Museum it was the decade most people spent time in – but this episode is superficial.

Look here it is MTV and LA poodle rock, but now we are moving onto grunge, and now grunge gets to become yet another commercial product, now Kurt Cobain kills himself, but it's okay because the Foo Fighters are fun and Britpop picks up post-grunge and runs with it . . . and here's Radiohead with Creep then in a blink The Bends and OK Computer which we are, as always, informed was the Dark Side of the Moon for its generation.

Then it is country stars in hats like Garth Brooks and sexy Shania Twain, women in rock and Lilith Fair and hip-hop . . .

Once over very lightly and gone.