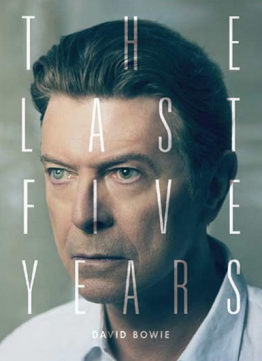 You could probably pick any five years in David Bowie's artistic life and find them of interest, but of course special resonance is attached to his final five because of the musical surprises they threw up . . . and of course his unexpected death in 2016.

The title of this 90 minute doco is slightly misleading however in that it doesn't exclusively focus on those final years when he released two albums – The Next Day (2013) and blackstar (2016) – as well as being involved with the musical production Lazarus.

After setting out the premise – he was musical, cultural and fashion shapeshifter – and noting his innovative final years, this film takes as a starting point his final tour Reality (2003-04) and how he retreated from the world for seven years after suffering a heart attack in its closing overs.

The many musicians on that tour attest – as does the previously unseen footage – that Bowie was in excellent shape, thoroughly enjoying himself and at ease with his place in world as a happily married man who had much to draw on by way of music and life experiences.

It then takes the song The Stars Out Tonight from The Next Day – an album recorded in secret – to explore his attitude to fame (which he sought to allow him to be creative) and so we fold right back through period footage and interviews to his early days in the Sixties, the glam rock of The Hype and of course Ziggy.

Of considerable interest is The Next Day musicians talking about those sessions, recreating their parts and producer Tony Visconti aurally deconstructing some of the tracks at the mixing desk. 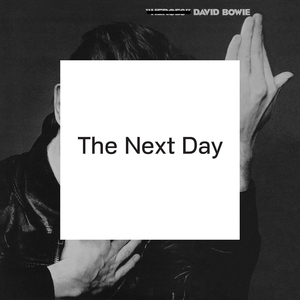 Again the chronological deck is shuffled – back to the Berlin period because of the song Where Are We Now – and the doco reveals its hand: it is using The Next Day songs to track his changes, reflections and its raw but crafted musicality.

And how subversive much of his music (and cover art for The Next Day) was.

And then he retreated again, giving no interviews to promote The Next Day.

Then it leaps into the extraordinary blackstar and Lazarus (based on his disassociated character in the film The Man Who Fell to Earth) for the final half hour and how he shifted his ground yet again for the album with jazz composer Maria Schneider and Donny McCaslin's left-field band and others.

Again we eavesdrop on how those songs were created and conceived which is fascinating.

It is persuasive in how these final years were some kind of summation/departure of all that preceded it, but by end of little has been revealed of Bowie's personal life in his final years . . . but many of his concerns are there in his songs which were considerably more personal – if coded – in their concerns before his departure.

The music and the rare footage, the interviews with musicians, video makers, theatre people and others are the glue which holds it together thematically. And all attest to how charming, funny and smart he was.

And of course Bowie's own words which are so self-aware as to be full of rare insight, and how one of his concerns was the price/rewards of fame and his place in contemporary culture.

Not quite what you think the title might promise but a very interesting and thoughtful reflection on the man and his music.

Thanks for the heads up, I really enjoyed it. Hilarious moment in the tour footage where he comes across a Tin Machine cassette in a bargain bin at a roadside stop somewhere in the US. From a visual production point of view the last few videos are really the only visual evidence of the final years with the stories behind the songs. Reading Dylan Jones book and a couple of other accounts , he was up to other things as well as the Stage play also . I still can’t go past Scary Monsters as his peak . 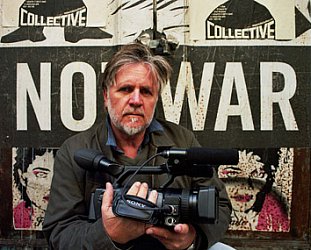