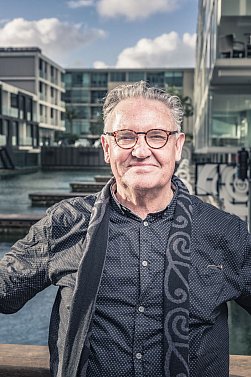 Kim Hegan throws his head back and lets out a hearty laugh. I've just said to him, “It's an ill wind . . .”

We're sitting in an Auckland cafe on an almost-post-Covid morning talking about his film Return to Gandhi Road which he produced and appears in, and was directed by his daughter Yeshe in her first full-length documentary.

The project has taken 10 years, involved four film shoots, five months in the editing suite, and was funded by donations from more than 800 people from 15 countries ...

But the story the film tells dates back decades – and even centuries – before this moment.

Yet here it is at last, however it's going into cinemas at this inconveniently nervous and Covid-conscious time. But actually it's not inauspicious: “Who would have ever believed that our little movie would actually fill the gap,” Hegan says, “because there are no Hollywood blockbusters out there.

This is The Big Day and Hegan can't wait for the first public screenings on this night.

The early responses have been enormously enthusiastic (Elsewhere's review is here) and it is a film with a story which is timeless and timely: the search for meaning and truth in a confusing and disconcerting world.

At one level it is Hegan's story about how, as a 19-year old surfer in Queensland, he found a copy of an Alan Watts introduction to Zen Buddhism lying in the sand.

In a lifetime where chance and coincidence have played their parts, it set Hegan off on a quest which eventually lead him to India to study Indian classical music and sitar, and – in that home of Hinduism – to study Buddhism.

He went to London first and a phone call from his brother Chris in India changed his life: “There are Buddhists here!”
So he went to Darjeeling but “that day Chris' teacher had gone away and the woman who ran the guest house said, 'Kangyur Rinpoche is just down there, so why don't you go and see him?' And that was it . . .”

Hegan – again by chance – encountered one of the most remarkable teachers and Buddhist masters on modern times.

The film is more than Hegan's journey back to Darjeeling and Kangyur Rinpoche's monastery. It is also the story of that teacher (who died in '77, four years after Hegan met him) and how he rescued sacred Buddhists texts from the invading Chinese army in the late Fifties. 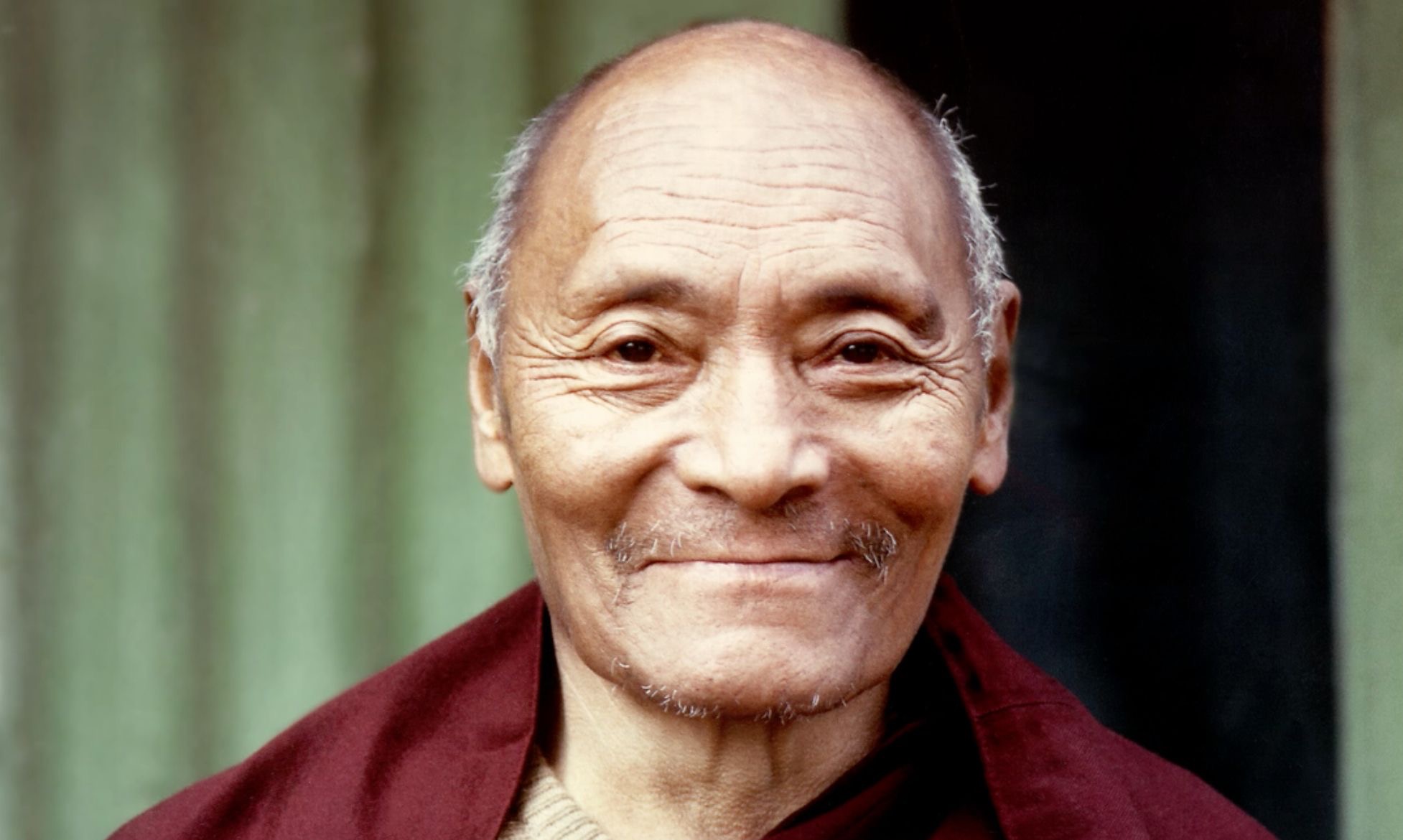 On the advice of the Dalai Lama, Kangyur Rinpoche and his family left Tibet and on a journey which took years – and involved crossing towering Himalayan mountains, low swamplands and raging rivers – carried texts which filled two trucks: 84,000 texts which were the words and teachings of the Buddha dating back to 500BCE.

And among the teachings were pages which seemed like prophecy.

“In 1976 where we were boarding, three or four Westerners in a room, an American named John Reynolds came in with this paper, he was an amazing translator, and he said look at this: 'When the iron bird flies over Tibet the dharma [teaching/truth] will go to the West'.

“It has since become a bit of a cliché in Tibetan Buddhist terms, but as we know the [Chinese] reconnaissance planes started to fly over and . . .”

The film Return to Gandhi Road – Kangyur Rinpoche's monastery was at 54 Gandhi Road – traces Hegan's journey back to Darjeeling and Buddhism after an absence of some 20 years when life back in New Zealand had taken over.

“It was sitting back there [in my consciousness], but it was way back and started to get further and further in many ways, because I got completely absorbed by the entertainment business.”

After suffering an epileptic seizure in India and on the advice of the monks, Hegan returned to New Zealand and joined the family business Hegan Entertainment which was artist management and concert promotion. 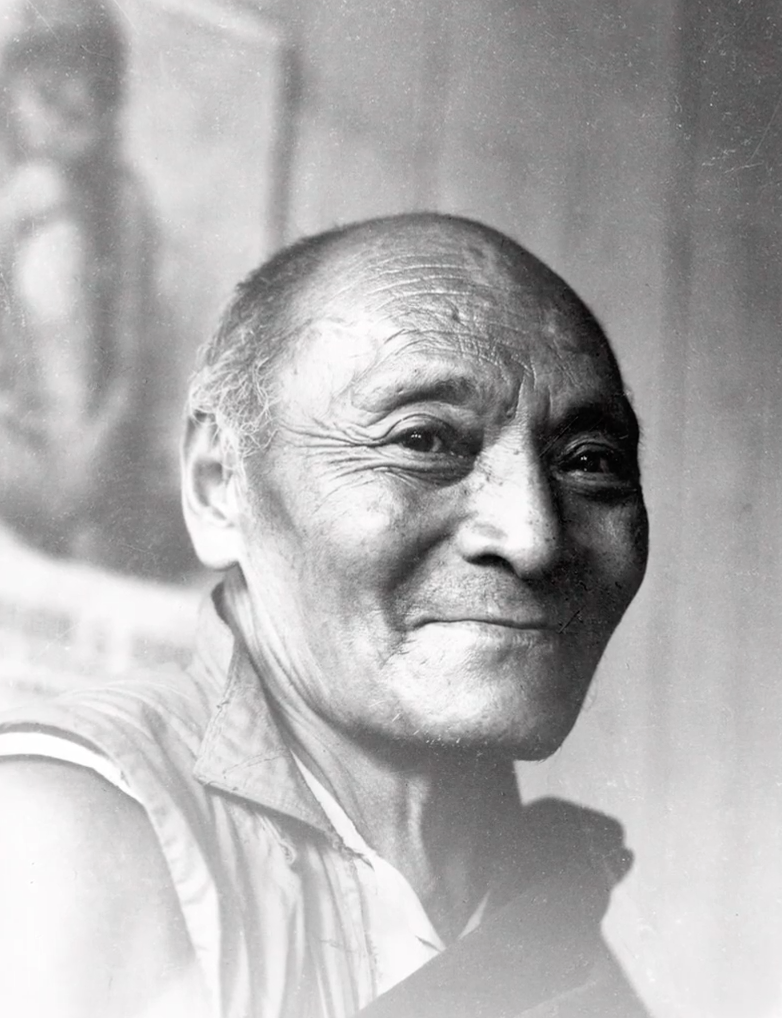 “In India I'd listened to no other music other than Indian classical music and when I came back it was, 'Wow, there's some really interesting music out there' and so I became immersed in that.”
Among other artists he managed Billy T James and Dave Dobbyn, organised concerts for Greenpeace with international and local artists on the bill, toured the flamenco guitarist Paco Pena . . .

There was family, a leaky building saga, work . . .

Just life in general, until he met Dzongsar Khyentse Rinpoche a decade ago who told him he should go back to India (“I was very resistant, just not interested”) and said to Hegan's film-maker daughter Yeshe that she should record the journey.

Yeshe had come back to New Zealand after time in France – where she became engaged with Buddhism herself – and was definitely not going to get back into film, no way.

And yet here we are with their Return to Gandhi Road.

Through archival footage, interviews with Kangyur Rinpoche's family – many now living in France where they went after his death – and the breathtaking filming of Fred Renata, this astonishing story is also told.

It is a film of journeys and discoveries, of heroism and curiosity, chance and coincidence.

And also of permanence and impermanence.

For Hegan it was rediscovery of Self and the ideas which had shaped him all those decades ago.

“There were so many things I enjoyed by going back, I was always thinking about back there because it changed my life.

“Actually I was terrified it was going to be all different. But as soon as we arrived at the airport everybody was the same: India was still India and the Indians were still Indians, they are a great people.

“I walked down to the Ganges and put my hand in the water and thought, 'I'm home'

“There was the noise and colour and old buses, the hardcase bits of India were all there like a living car crash of communities, the rich people and the very poor people . . .”

However we agree – both of us having been in India around the same period but not going back for decades – that much had changed.

“Yeah, where are the beggars?” he laughs. “The beggars were actually chubby and looking slightly embarrassed.”

My response also on being in Mumbai a few years ago.

The rising middle-class, bottled water, better hygiene in many places, hundreds of hotels where visitors could stay, a more sound economy . . .

It wasn't like this in the days of aerogrammes when you could just turn up at the master's house out of the blue, as Hegan did.

He says his daughter Yeshe – who had visited India a couple of times herself before the filming with her father and Renata – didn't really have any idea what the place used to be like.

But it was far from easy, not the least when Yeshe took her father to crowded and chaotic Howrah station in anarchic Calcutta, not the main station from which most sensible people would leave to head north. 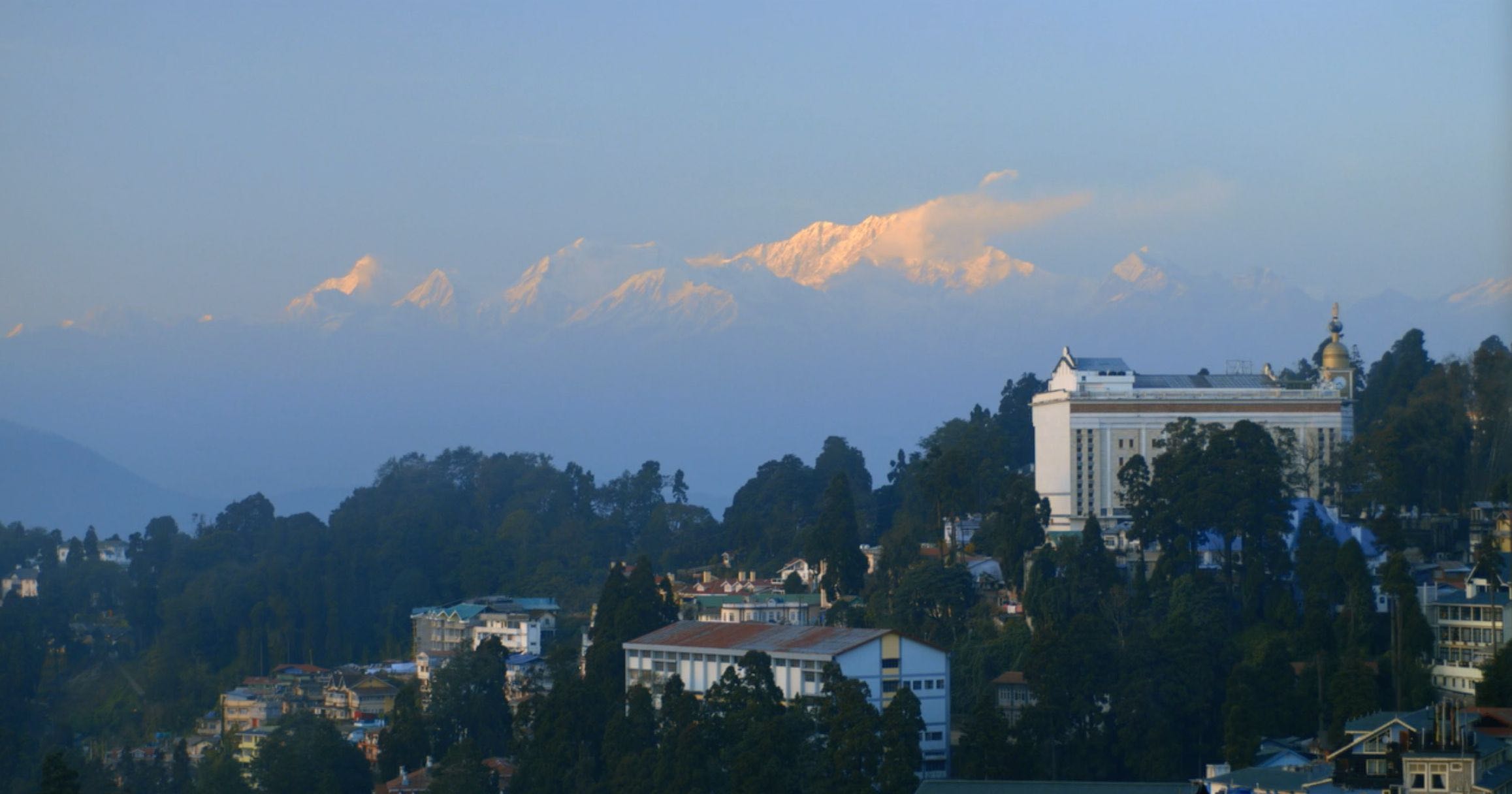 “Yes, we went to that one, and true to form it was a nightmare :no tickets, 'No ticket, get out, get out' . . . and I was right back there in old India again.

“Yeshe planned that, she thought, 'I'll throw him in the middle of that' and she knew the place, I'm sure she'd been there just to see it and thought . . .”

The journey back to India, Buddhism and the monastery has changed him again, Hegan says.

“It's knowing that it's still there and that any time I want to go I can go back, and knowing that France [where the master's family lives] is there. In India I know that at 4pm every day there will be a Tibetan ceremony and I'll be able to sit there and read it and chant it.

“The monastery is exactly as it was but now there's an orphanage behind it where 200 boys get fed and an education.”

And yet much has also changed: the teachings of Tibetan Buddhism are now much more readily available, there are teachers all over the world, and the Dalai Lama's interest in science and scientific method has its echoes in new studies of the brain and consciousness which align with Buddhist philosophy.

Hegan notes that when the Dalai Lama was asked if Buddhism taught something contrary to current science what should people choose.

“And he said, 'science of course you fool. It's proven'.” 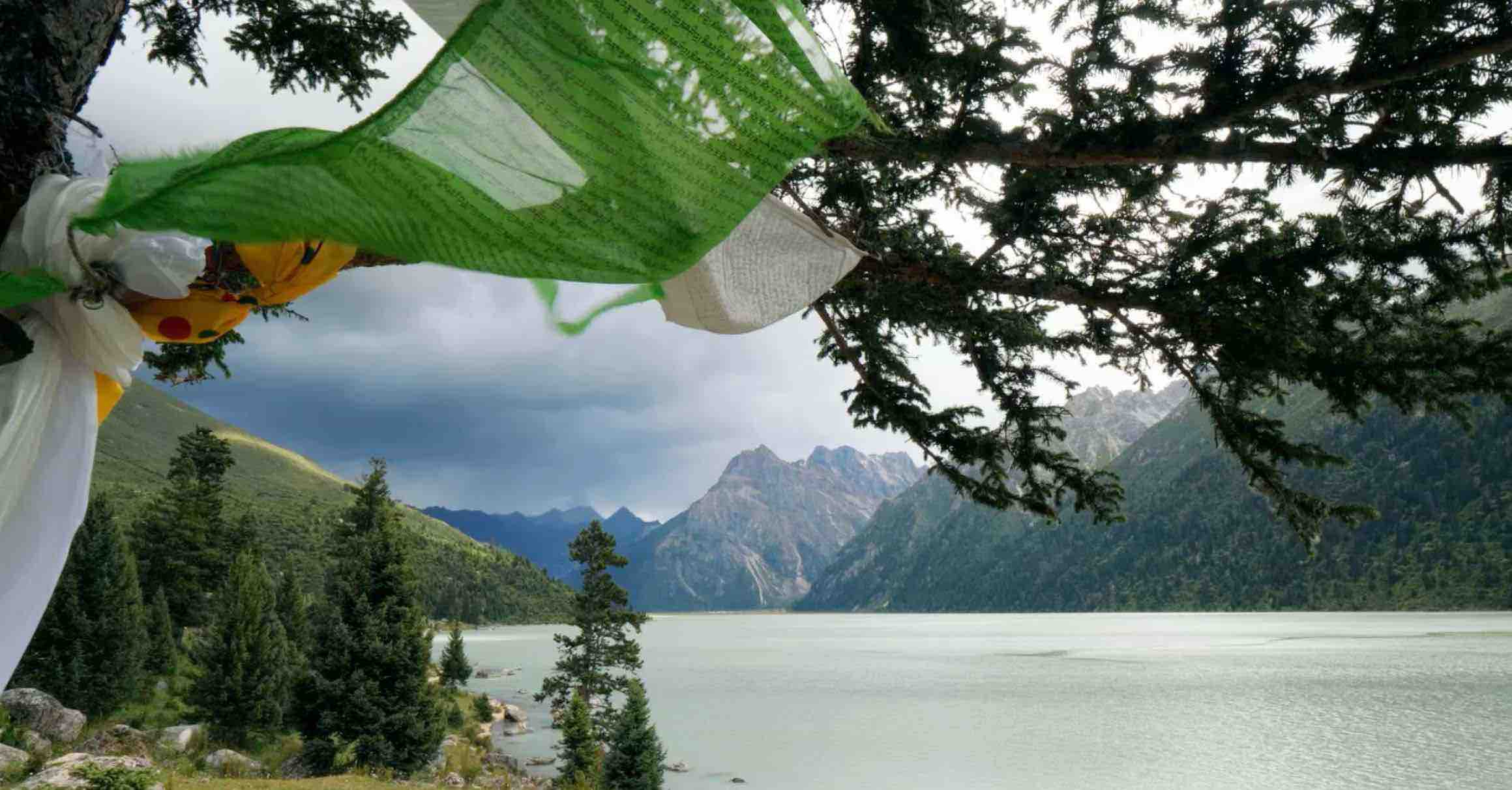 Also the Tibetan diaspora has spread the words and teachings, and Buddhism has become a commercial commodity in some places.

Hegan notes –as does a young teacher in the film who speaks of intellectual property – that suddenly in the West the idea of “mindfulness” has caught on like a revelation.

Well, it was always there in the actual words of the Buddha on those wooden blocks from which the texts were printed. And what happened to those blocks in Tibet?

“The blocks the texts were printed off just disappeared and people assumed the Chinese had burned them. But then all the blocks, enough to fill this room,” he says gesturing around the cavernous cafe space, “all appeared again in Tibet.

“And they are still in Tibet. They are now safe because everyone knows of them, 84,000 in translation now all over the world.

“They are totally safe and we visited the monastery where they are, it's that part in the film where you see the guys printing the pages off. They are perfect condition.”

Yet the teachings and masters are less accessible today?

“Yes, it was in some ways easier then, we just walked in and met the masters.”

He laughs about that chance meeting which took hm to Kangyur Rinpoche's door.

“We were actually looking for [mountain guide and Everest conqueror] Tenzing Norgay's place and we thought we in the wrong house . . but the strangest thing was Kangyur Rinpoche said he was expecting us.” 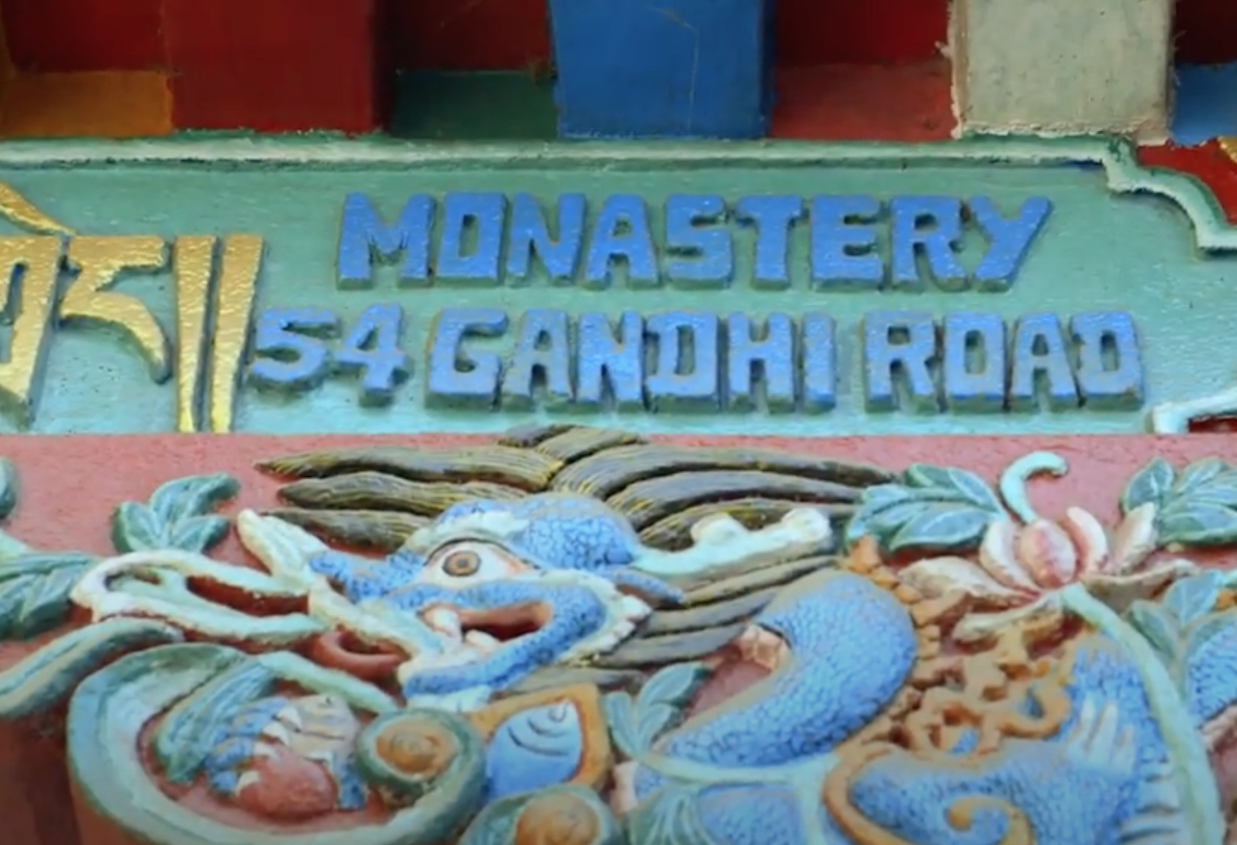 Return to Gandhi Road may benefit from the current Covid crisis which has shot down so many other films but it also has themes which resonate right now.

The 84-year old Dalai Lama has just had an album out Inner World and at a time when people are less keen to travel or simply can't, here's a way of going on fascinating journeys with a real purpose and emotional depth.

And in these troubled times, as the young woman in the mask takes our empty coffee cups away, Hegan laughs and says, “and in the film there's instruction about how one may consider dying,”

RETURN TO GANDHI ROAD SCREENS AT THE FOLLOWING CINEMAS FROM TODAY