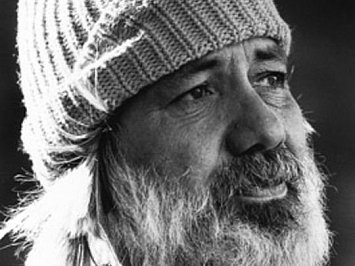 Imagine says Barry Barclay, his eyes glittering with enthusiasm, if there had been a camera on Cook's first voyage to New Zealand.

There was a moving moment which Joseph Banks recounts, he says, when two young Maori who had been kidnapped by Cook were aboard one of the ships. One night they were up on the deck crying. Then Tupaia, the Tahitian tohunga Cook had brought on the voyage, went to comfort them and they sang songs together.

Those harmonies in the night ...

"For Maori it's impossible to estimate in terms of force, and whakapapa, religious insight, or whatever you want to name it, if there were footage of that in the New Zealand Film Archive. So taking images these days - and what they might mean in 200 years to Maori - is terribly important.

"You only start to realise it when you see your own footage beginning to have that kind of importance."

Barclay is sitting in the cramped kitchen of his rented house in Tinopai on the Kaipara Harbour.

The room doubles as his office, there's a small bedroom, an outside toilet and a vegetable garden. This has been home these past 18 months for one of the most profound, savvy and provocative thinkers in Maoridom.

How best to describe Barclay?

He's a film-maker, with Ngati, Te Rua and The Feathers of Peace to his recent credit, and for his long career and cultural integrity was honoured last month at the Hawaiian International Film Festival with their first Legacy Appreciation Award.

But right now the film-maker -- who has a finished script for "an ethnic thriller set in Australia" out there before potential investors -- has put aside completing his first novel, It Was Darkness, to finish a book on the archiving of Maori moving images under new protocols.

And these protocols -- mana tuturu, or Maori spiritual guardianship -- respect existing copyright but approach the issue of guardianship with an awareness of both the past and the future.

Barclay sees it as a major international breakthrough in indigenous rights.

Others may be less certain, but Barclay's persuasiveness and vision will make for an interesting, and necessary, debate over the treatment of film and television images of Maori, and how they should be protected and passed on.

Barclay has felt this acutely with his own films, notably his internationally acclaimed Ngati of 1987 which has had "quite a different curve of power or mana since its release than a western film which often goes into a holy retirement".

"On the Waterfront was a major statement apart from being a great film, and it's something people return to, film students usually, once in a while. But Ngati is much more important now than at its premiere. The curve is different. That is especially so with documentary footage -- we don't know what the outcome will be in showing it in 200 or 300 years. 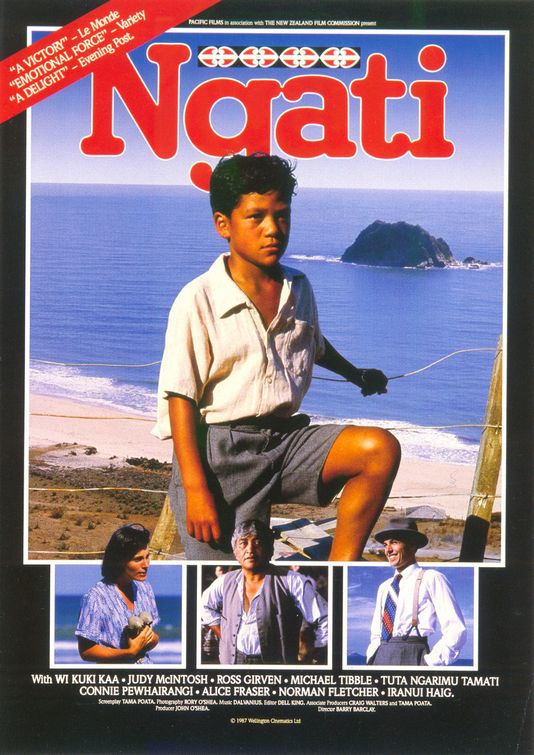 "People see Ngati as nostalgic and about rural Maori, and they'll say Maori now have moved to cities and are in Once Were Warriors.

"But for most Maori, unless they are in rebellion completely against their culture as some are, Ngati is a reinforcement of something age-old and timeless which has a religious base. 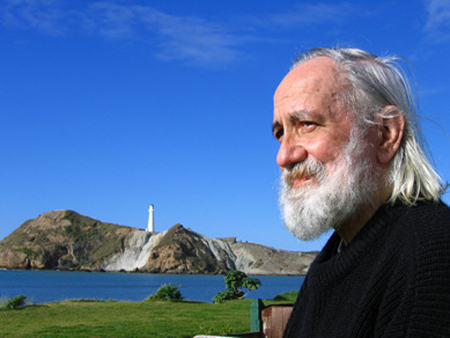 "The Maori world is religious in ways Kiwis don't recognise, and don't recognise they have in themselves. My image for tapu - or respect to the point you will not do certain things - is war memorials.

"They are sacrosanct; no Kiwi is going to deface one - you give them a wide berth and respect.

"So across cultures we understand these things and in the Maori world some things are very alive.

"The force of the past is one."

Because of that indigenous films last a long time in their own communities, and "so what if you make something that makes a lot of money but no one in your own community wants to screen it 15 years later?"

Barclay doesn't expect everyone to get their heads around these ideas immediately, but they should at least make room for them. "And don't make films on important things just for the dollar," he says with a laugh.

If there is a Maori word or phrase for agent provocateur Barclay is probably that, too -- along with his various roles as film-maker, aspiring novelist, essayist and theoretician.

He is fearless in his opinions (he rejects the term "settler" which historian James Belich champions, preferring "invader, because it was an invasion") but can equally be fair and compromising.

When changes are requested to his scripts he listens, but not if they tamper with the film's internal integrity. He famously stood his ground on his ownership of Te Rua, a film not so coincidentally about Maori ownership of icons of spiritual power and taonga.

At 57 and quarter Maori, quarter French and half Scottish, he can see the world from various perspectives. He knows how the film industry works at technical and business levels, but now addresses the bigger issues of a film's kaupapa, tikanga Maori in the world of film and television, the possibility of managing archives through traditional Maori institutions - and mana tuturu, which he believes will allow indigenous intellectual copyright to be discussed in a new way.

"I get extremely pissed off with the trivial reaction of the invader that they think this is some kind of property snatch.

"Indigenous law is multifaceted and one of the large parts of it is sharing. If you see images as a continuation of genealogical responsibilities then image-making is not just a Hollywood exercise for a few bucks, it gives you responsibilities.

"It doesn't mean that Americans or Pakeha cannot make images and films in the Maori world, but that's the instinctive way people are reacting [to mana tuturu]."

Questions around Maori film are apposite as on Wednesday the issue will be raised at a New Zealand On Air hui at Auckland's Stamford Plaza Hotel, part of which is a panel discussion addressing: "What is a Maori film?"

"All of us are open in the future to judgment by Maori. We've already been judged by critics and had an immediate judgment by Maori, but I hope we would all be conscious there will also be a long-term judgement.

"That happens to all film-makers and artists but it is much more important in an indigenous community, or any community that has a backwards and forwards ethos, and a religious framework."

Rather than cite one of his own films he points to Don Selwyn's forthcoming Maori-language version of The Merchant of Venice, a film Barclay says will make many other Maori films small by comparison.

It isn't just about taking the language into the community but the symbolic effect of an iconic film and what it means to have a film as part of the kaupapa. And also what constitutes a Maori film.

By his definition there hasn't been one made by the Film Commission since Once Were Warriors and while acknowledging director Niki Caro is talented and producer John Barnett experienced, their adaptation of Witi Ihimaera's novel The Whale Rider will not be a Maori film.

"It won't be, not as these people," he says gesturing toward the award he received in Hawaii, "would see it."

"It's a white film - no different than those the Americans did in the 30s around the hot pools in Rotorua. Of course, there's a Maori writer and a very good one, but ... "

Such statements may make Wednesday's hui volatile, but Barclay's opinions will command considerable respect: Ngati was a seminal Maori, and New Zealand, film; Te Rua might have been controversial here ("universally loathed outside Maoridom") but was well received within indigenous communities overseas; and Feathers of Peace, about the Moriori, refuted various myths about those people.

"I don't think ever in this country again will any teacher claim Moriori do not exist. That's over. That I count as a success."

For such work Barclay has been honoured in Hawaii, and because he makes films from outside standard models.

"The foundation of indigenous film-making is very different, but it's hard to back that up because there are no books on why. The theory through every university in the world is there is the first [Hollywood], second [arthouse] and Third World cinema.

"But I've argued, and others have, too, there may be another called indigenous cinema, a fourth cinema. You get a riot or a great silence in a conference at that point," he laughs.