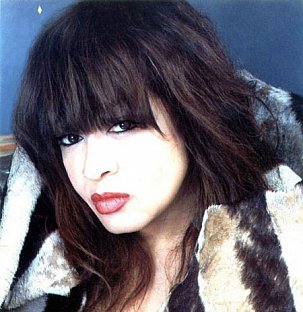 Revenge is a dish best served cold -- and with a pointed, fuckin' still-angry-at-you-bastardfucker lyric. And Ronnie got her chance when her former husband Phil Spector was facing a murder charge.

Ronnie Spector, the voice of the classic girl group the Ronettes of the Sixties which Phil produced, married the mad boss and spent years as a virtual prisoner in his mansion. She escaped and told her story of physical and emotional abuse in her book Be My Baby, How I Survived Mascara, Miniskirts and Madness, but for many years couldn't and wouldn't perform the songs which made her famous because of their association with Phil.

In 2006 she released another typically fair-to-middling album, Last of the Rock Stars, which was littered with autobiographical subtexts, and on it included this cover of Kina's Girl from the Gutter with suitably changed lyrics directed at Phil who was then in prison awaiting trial.

Phil has since been found guilty -- and the "girl from the ghetto" has her song out there in the world forever in which she says, "I hope your cell is filled with magazines, and on every page you see a big picture of me, and under every picture the caption reads, 'not bad for a girl from the ghetto' . . . girl from Spanish Harlem . . . things are looking up for me now, I won't be held down."

As she says, "seems like karma is making it round. Yeah".

As a testament to Ronnie Spector's raw and beautiful talent, I would say that 40 to 50 years after her original performance, that, as hard to believe as it may seem to be, she is even BETTER today!!! as evidenced in her performance n PBS's recent special Rock, Pop, and Doo-Wop. I fell in love all over with the joy and passion she exudes when she does what she loves to do!! For ANYONE to maintain themselves as well as she has over the past 40 + years is stunning!!