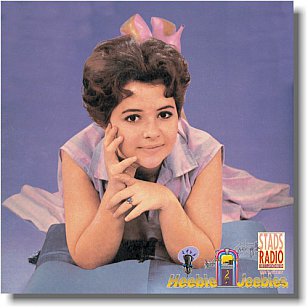 Little Brenda Lee -- who stood 4'9" -- was never a threat. Not to girls in her audience. "My image wasn't one of a heartbreaker," she once said. "I was the little fat girl your mother didn't mind you playing with."

When Lee went to number one with this powerful and aching performance she was one of the few women -- she was 15 -- to crack the charts. Just two years previous there had only been three records by women in Billboard's end of year tally of the top 50.

One of those was by Connie Francis who had been marketed "as chubby and unglamorous," writes  Elijah Wald in How The Beatles Destroyed Rock'n'Roll, "so her success affirmed her fans rather than threatening them".

"It was a totally male dominated market," said Francis later. "The majority of people who bought records were girls. And their idols were boys. So they bought records by boys. I was really a fluke."

In a sense so was Lee: she'd started off as a country singer and delivered Christmas songs (she was still a pre-teen) but then crossed over into the pop market. Because of the power of her voice she was known as "Little Miss Dynamite".

I'm Sorry was actually held back by her record company because the maturity of the lyrics didn't seem right coming from the mouth of a 15 year old. It was also on the B-side of a single.

But it was unstoppable -- and its use of strings heralded what became known as The Nashville Sound. It was also an honest song in the midst of novelty hits: it knocked Alley Oop off the top spot -- but was followed by Itsy Bitsy Teenie Weenie Yellow Polka Dot Bikini.

Lee sings I'm Sorry with commitment -- and the little fat girl who was heartbroken was recognised as a real heartbreaker.

Incidentally, when she toured the UK in the early Sixties there was a band down the bill whose career would soon take off and render singers like Lee redundant: The Beatles. 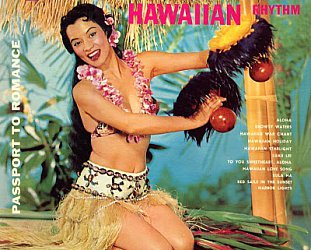