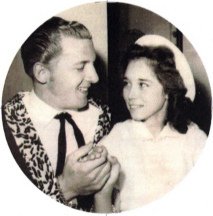 When Jerry Lee Lewis arrived in Britain in May 1958 the rock'n'roll crown was his for the taking. He was the wildman at the piano with crazy stacked-up hair, had delivered seminal, sweat-inducing hits with Whole Lotta Shakin' and Great Balls of Fire, and he was repressed sex personified and unleashed.

He may have been a country boy at heart but he was the pulse of rock'n'roll.

Britain was just the next step in his global conquest which was making Elvis feel uneasy.

But it was not to be.

Within days the British press had started asking questions about the young girl who was accompanying him -- and when it was revealed she was his third wife (and only 15) -- there was an outcry. Then things got even worse: she was actually only 13 and was also Jerry Lee's second cousin.

Oh, and he'd neglected to divorce his second wife, so that made him a bigamist as well.

It hardly mattered that teenage marriages weren't uncommon in the South (although 13 was still rare enough) because by that time the controversy had made it to the halls of Parliament where questions were asked about the man's morality (or lack of it).

The British tour was cancelled after just four shows.

Oddly however, Sam Phillips back home in Memphis didn't much care for British prigishness and so invited local DJs George Klein and Jack Clement to make a pastiche piece of fake interviews and snippets of Jerry Lee hits.

"It makes light of of the whole British episode, which is the way we think the whole thing should be treated," said Phillips.

It was a strange misjudgment by Phillips -- there were Americans equally enraged -- and the "song", which appeared on the flipside of Lewis' single Lewis Boogie, belongs more in the unamusing-comedy category.

It was the last real gasp of Lewis' rock'n'roll career until he was rehabilitated as a revival act in the late Sixties -- and also one of the last gasps for Fifties rock'n'roll: within a year Buddy Holly was dead, Chuck Berry was in jail and Elvis was in the army.

Not so much the return of Jerry Lee, but a strange farewell. 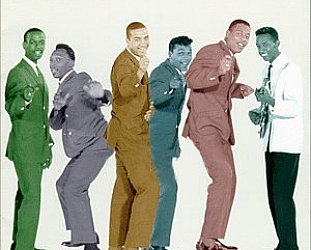