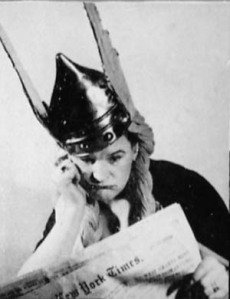 With her beautifully modulated tones and remarkable voice -- which went from a soprano squeal to a screech quite effortlessly -- Anna Russell was an enormously popular comedy-cum-classical act in the Fifties.

She would poke fun at Wagner and contemporary classical music equally: of the latter she said it was music for the singer who was tone deaf, because in a contemporary song it's very hard to follow the melody -- and if you don't, no one is going to be any the wiser.

She took her act to theatres across Britain the States, and her album Anna Russell Sings? -- from which this track is taken, that question mark intentional -- was a best seller in the mid Fifties. She takes apart German leider and French popular songs, as well as British songs ("pure but dull").

But earlier in life had been a straight-ahead opera singer, and even appeared as folk artist from time to time in the Thirties. So when she parodies "authentic folk" thing she knows what she is talking about.

This is a bit tame these days of course, but amusing nonetheless.

One for me to now put back in the Vaults. 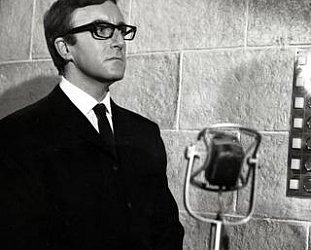