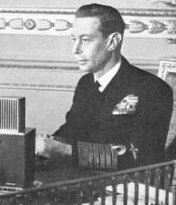 The critical and popular success of the film The King's Speech -- hardly what one might have thought would have made a persuasive pitch to any production company -- has raised interest in that period of British and world history.

Here then, from a scratchy old album Blitzkrieg! -- "a dramatic countdown of events leading up to and including the early days of World War II (1933 to 1940)" -- and narrated by Walter Cronkite is the context of the actual speech: post-Poland invasion, Chamberlain's address to the British people announcing they were at war . . . and then the voice of King George VI. 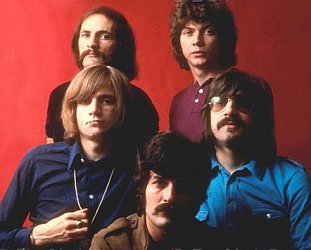