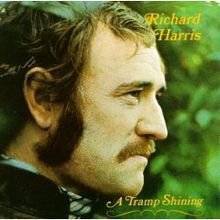 Because there is a such a lot of great music about these days -- and of such overwhelming diversity -- you'd sound like you were wallowing in nostalgia if you suggested things were better in the old days. But in one way they were.

Look at the singles charts.

Once upon a time you got magnificent oddities being played on rapid rotate radio. And I don't mean Bob the Builder or Rolf Harris' Two Little Boys, more along the lines of Lee Marvin's whiskey-inspired, baritone Wandering Star or Richard Harris on Jimmy Webb's surrealistic epic MacArthur Park. Neither Marvin or Harris were known as singers, they were movie actors.

If there are songs like that out there these day you can guarantee they won't get past the gate-keepers at radio.

MacArthur Park was such a bombastic marathon -- seven minutes 20 seconds -- we needn't address that one, but it first appeared on Harris' album A Tramp Shining on which all the songs and arrangements were by Webb who was at a creative peak and damaging the charts with songs sung by the 5th Dimension and Glen Campbell. Which explains why he could afford to pay for the recording of the album himself, it was to be his major statement, or grand folly.

A Tramp Shining was however a very different affair from Webb's pop singles: a heavily orchestrated album in which Harris' fragile voice delivered songs of great sadness (titles include Name of My Sorrow, In the Final Hours, If You Must Leave My Life).

Yet there was also something optimistic in the swelling strings and horns, and Harris sang as if he'd lost everything but was in the process of picking up the pieces and regaining his dignity, even when he sings "now nobody wants me . . . . these are the final hours".

It is an odd album and you have to like a lot of dramatic strings, and MacArthur Park in the context doesn't sound remotely strange at all.

The album was even nominated for a Grammy and went to number four on the US charts.

Yep, things may not have been better in the old days, but they were certainly . . . different.

For more one-offs, oddities and songs with an interesting back-story check out the regular updates From the Vaults. 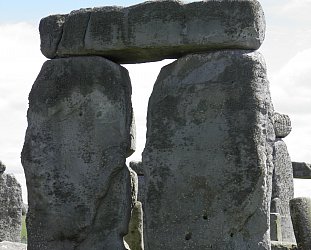