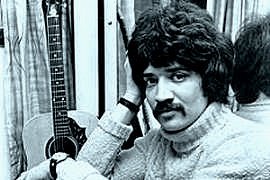 If people remember UK singer-songwriter Peter Sarstedt for anything at all it is his European-sounding ballad Where Do You Go to My Lovely? . . . and perhaps his summery follow-up One More Frozen Orange Juice.

Both were hits in '69, the former winning him an Ivor Novello songwriting award.

Sarstedt was the younger brother of Eden Kane -- he of Boys Cry fame -- and his other brothers Richard and Robin also briefly troubled the charts.

But although his '69 self-titled album contained tracks with acid-drenched titles like I Am a Cathedral, No More Lollipops and Many Coloured Semi-Precious Plastic Easter Egg -- and also the countrified My Daddy is a Millionaire which makes you wonder if it was directed at Gram Parsons -- his song Mary Jane (used as a coded reference to marijuana, as in Lennon's What's the New Mary Jane) seemed to take quite a contrary stance to the liberal enjoyment of drugs.

In fact in this very disconcerting piece you'd think Mary Jane was as debilitating and as dangerous as heroin, certainly as addictive if you believe the lyrics.

The arrangement by Ian Green (who worked with Cilla Black and Timi Yuro, and arranged Something in the Air) makes this like the soundtrack to a toker's version Man with the Golden Arm -- with a little of Dave Dee's whiplash from Xanadu thrown in just so you know the Devil is on your tail.

For more one-offs, oddities or songs with an interesting backstory use the RSS feed to get the daily updates From the Vaults. 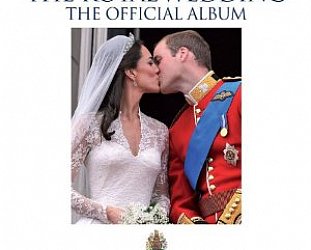 Well, if it was good enough for John and Yoko, and Leon and Mary Russell, why not a wedding album? In truth, I also have the Charles and Di wedding album (nice gatefold sleeve) and the one for... > Read more