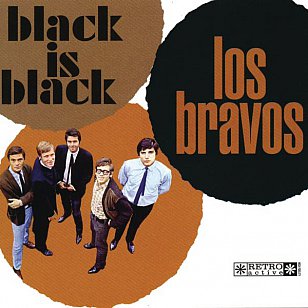 People speak casually about the global village as if it had been invented by the internet, but how is this for an implosion of cultures?

This song was written by a couple of British guys, was recorded by a Spanish group who had hooked in a German singer, the song was sung in English and went into the charts in the US, UK, Australia and New Zealand -- as well as various European countries.

And the reason it has appeared here now is because I heard the other day in my supermarket.

Written and sung in the Beat group style of the era, it was a minor classic and -- rather surprisingly -- not the last we heard of Los Bravos who could have been a one-hit wonder as so many were.

They were a two-and-a-bit hit wonder with their follow-up I Don't Care, then reaching the lower rungs of attention with Bring A Little Lovin' (which, with horns, sounded more like Edison Lighthouse than their original guitar/organ-based sound).

They didn't last long -- although two years was a long time in the Sixties for some bands -- and the reason they make it out of the vaults is this deserves to be better than the background noise while you are buying veggies.