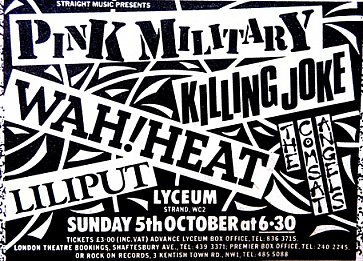 In the immediate post-punk era in Britain when the DIY culture meant bands could release singles faster than anyone could keep up with, it wasn't uncommon to see regional or themed compilation albums and cassettes.

In 1980 freelance writer Nigel Burnham (aka Des Moines) from Leeds threw attention on the north west "to neutralise the incredible London bias of the music press as effected by its most powerful journalists".

His album Hicks from the Sticks gathered 16 tracks from bands who subsequently made a small mark (Modern Eon, Clock DVA, Section 25) and those who didn't (Airkraft, Art Failure, Ada Wilson and Keeping Dark, the Distributors).

And the album was picked up and favourable reviewed in the London press (to salve its conscience?).

But in the grooves were some pretty terrific songs (Nightmares in Wax's Shangri-La among them) including this by Wah! Heat from Liverpool.

Fronted by Pete Wylie, they went on to considerable acclaim as Wah! who were signed to Warners for the album Wah=Poo! The Art of Bluff.

Wylie has had a creditable career, but here is the first incarnation of the band and - driven by a great bass line -- they already sound impressive and heroic in the manner of their peers in Liverpool like Teardrop Explodes and Echo and the Bunnymen.

Curiously enough though, in the few London reviews I read this track was passed over completely.

More from this and other similar compilations of lost or ignored bands coming soon at From the Vaults. Meantime, play this one loud for full dramatic effect. 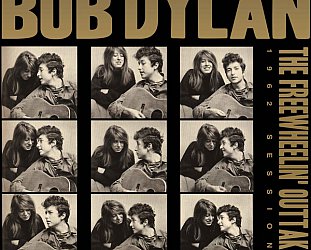 It's possible only obsessive Dylanologists and those with far too much time on their hands would know the full story behind those many outtake albums (and bootlegs) which have emerged over the... > Read more