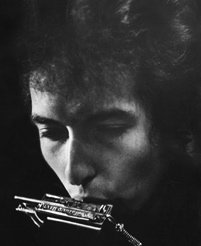 When you have guitar, a voice, a studio and an expectant audience -- and some degree of vitriol to be delivered -- why would you not fire off this bitter salvo at former friends you might feel (rightly or wrongly of course) who have betrayed you?

Not many songs begin with such an arrestingly confrontational lines as, "You got a lot a lotta nerve to say you are my friend, when I was down you just stood there grinnin'."

In mid '65 when he was between his albums Highway 61 Revisited (which had divided his former folk-loyalists) and the expansively exceptional Blonde on Blonde, Bob Dylan flicked out this single which was not just a farewell to those former friends but probably nailed a few people specifically.

He walks you into the rage and disappointment he feels about those who would hold him back, stop his growth, and suck him back into their rarified world where he had somehow let them down.

But that polite folk world of (what later became known as) passive-aggression was where beardy earnest men and wispy well-intentioned women were afraid to speak their real feelings -- but would talk behind his back  . . . Well, he's sick of it.

Fuggit, why not say they are pissed off but he's moving on?

"You know as well as me you'd rather see me paralysed, why don't you just come right out and scream it . . ."

There were probably more than a few old pals who would have had a cold colon and shivering spine moment when Bob sang, "I know you're dissatisfied with your position and your fate, [but] don't you understand it's not my problem . . ."

You must have known that was directed at you, because of some unspecified slight or back-handed comment over bottles of wine down there in Greenwich Village.

But the master poet saves the best for last, one of the most brittle, resentful and coolly angry lines in his catalogue. In anyone's catalogue.

Few more songs that begin and end as dramatically come to my mind, like Masters of War, Idiot wind ....

We are actively promoting a link to this interesting topic on The Bob Dylan Project at:
https://thebobdylanproject.com/Song/id/498/Positively-4th-Street 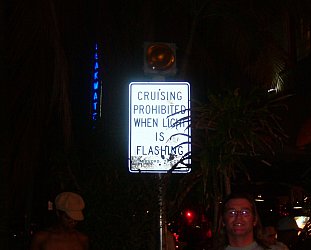 “This corner here?” says Marty. “These individuals would mostly be dealers or users. Crack mostly. That girl over there, the skinny one? That was her brother, the guy in the... > Read more