Right now in New Zealand it is the run-up to the election and -- unlike in what some of like to call "the old days" -- none of the main parties seem to have a high-profile election song.

There was always something pleasing about those sentimental, patriotic and reductive songs of yesteryear which played while the party leader posed alongside Kiwi cliches -- snow-capped mountains, healthy kids, sheep farms and native bush -- while adopting the steely-eyed look of one who knew where he or she was headed.

Perhaps we're a bit too jaded these days -- or in the wake of the Rugby World Cup a bit too worn out by flag-waving patriotism -- but they don't seem to invest in the same stirring songs they used to.

Ah well, here then is Bunny Walters from somewhere back in time doing his best in that regard.

This was the flipside to a single To be Free (written by Robinson-Bretnall, although this politicised version goes uncredited) and from what I can tell was a limited pressing for the Labour Party.

Says it all. Timeless message, milks the nostalgia, appropriates "born to be free" and manages to make you utterly depressed and uplifted at the same time while conjuring up a pioneering spirit which seems rather quaint.

Everybody sing with Bunny . . .

Remember the dreams of the days our childhood, remember the promises everyone made. How did we lose it? Where have the dreams gone to? We can’t let the promises fade. . . Labour can make it, we’re born to be free . . . With Labour we‘re free“. In these days of earnestly crotch-thrusting young women on video clips you long for something which has that long forgotten ingredient: wit. Old time blues is ripe with innuendo, downhome... > Read more 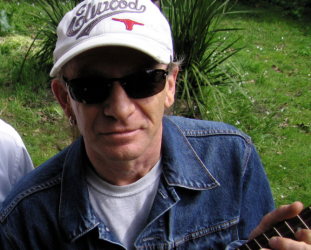