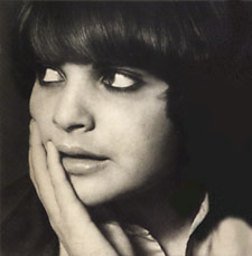 The attractive young Taieb (who had been born in Tunis) was one of the generation of "ye-ye" girl singers which emerged in France in the Sixties after the Beatles swept through.

The French took to the hip fashions and Carnaby Street style with a passion and Talieb was an overnight sensation at 19 with this cool, slightly detached song which was her first, biggest and last hit under her own name.

It's an odd piece: there is a sexual longing and languor in her singing, a snappy orchestration by Jean Bouchety and then a reference to the Who's My Generation which seems equally detached.

She's also singng about waking up in the morning and wishing Paul McCartney could help her with her homework.

Taieb went on to become a songwriter of note and in recent years even made the occasional live appearance. But it is this cult hit for which she is best, and perhaps only, known for.