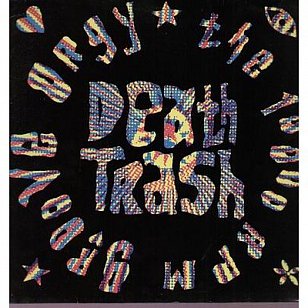 We get the picture . . .  .and if somehow you didn't then the album was "dedicated to the disciples of sleaze everywhere".

Recorded in Sheffield and on their own Pig's Ear label, this was the only album from the three-piece who also seem to have been big in Germany.

I know nothing about them -- they are Murray, Justin Underhill and Garry Wilson which don't sound German to me -- but they certainly took themselves seriously and churn through these songs which come perilously close to Spinal Tap in places. Queen of the Night opens with these Tap-like lyrics: "Draped in sweat and leather and stinkin' like a pussy farm, sleazed-out sex bomb lover, one night with me won't do you no harm . . . ."

The word "sleaze" appears fairly frequently and their influences would seem to be Motorhead and . . .

We get the picture.

But given they went to the trouble to record this, let us offer them a second life From the Vaults with their anthemic raison d'etre.

By the way if you are keen, there are plenty -- plenty -- of copies available on various websites. Cheap too.

Death Trash were from Sheffield, UK one of many great rock bands playing the same scene around the same time (late 80s early 90s) including Fuck City Shitters, Plague Dogs, Trolley Dog Shag, GGF Midnight Choir/Kill Budha and so many. Great times they should have been so much bigger.

Yeah an amazing time for rock music in Sheffield.
Don't know what happened to Murray and Gary. I played bass on it and went on to produce, record and mix over 200 other records since. Great times, think I was still in my teens when we did this.

Actor Joel Grey won a best supporting actor Academy Award in '72 for his role as the MC in the Liza Minnelli vehicle Cabaret, following his hugely successful portrayal of the character in the... > Read more 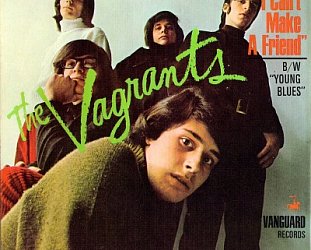