Unless you happened to be in Dunedin at the time, the late Eighties Flying Nun trio Stephen -- guitarist David Kilgour (Clean etc), bassist Alf Danielson (Goblin Mix) and drummer Geoff Hoani -- seemed to last little longer than their EP Dumb (which was about 13 minutes).

Oddly enough though they had formed three years previous as the Chums and around the time the EP was released they were joined by guitarist Stephen Kilroy.

But Stephen (the band) didn't last and became a mere footnote in the Flying Nun catalogue. Kilgour went back to the Clean, Hoani and Kilroy formed Chug, but in '93 an equally brief appearance was made by an album Radar of Small Dogs which gathered up the Dumb EP and some recordings for the never completed debut album.

That too became nothing more than a footnote.

But in this track you can hear elements of the sound that Kilgour was refining and would come to fruition on his lovely solo album, Here Come the Cars in '91.

Live they really pumped these songs out.

As Paul McKessar noted in a Rip It Up article at the time, "Stephen are about as high octane over-proof as you can get and still be a pop band".

And I believe that is Chris Knox on "high speed piano" at the end of this song.

And all recorded thanks to a Just Juice QEII Arts Council grant.

Yep, juice companies used to get behind local music. Hmmm. 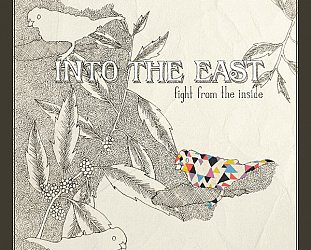