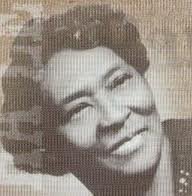 The last wife of Charley Patton, Bertha Lee was a fine singer in her own right -- and she probably had plenty of reasons to sing the blues.

She was only married to Patton for about four years -- he died in 1934 -- but by all accounts their relationship was a volatile one.

Honeyboy Edwards said, "Charley always had a lot of women. Men didn't like him much because all the women was fools over him" and Howlin' Wolf recalled him as "a great drinker".

He had his throat cut badly during a drunken knife fight so his last sessions didn't capture his former power.

The Pattons recorded about dozen songs together -- his, on which she also sang -- but she also did three of her own, including this, at his final sessions in January '34 in New York. Apparently Patton cut a couple of dozens songs in New York but only 10 of them were released and the rest destroyed.

He was dead within four months . . . but Bertha Lee lived for another four decades and died in 1975, aged somewhere in her early 70s.

Despite that, there are about as few photos of her as there are of Robert Johnson.

Which is to say, two. Maybe three. 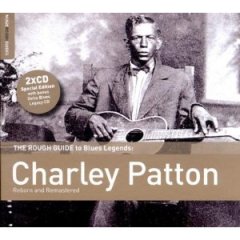 This track is on the bonus disc Delta Blues Legacy which comes with the album The Rough Guide to Blues Legends; Charley Patton which collects 22 of Patton's songs lifted from very scratchy 78rpms.

Want more of the blues?

Then check out this. 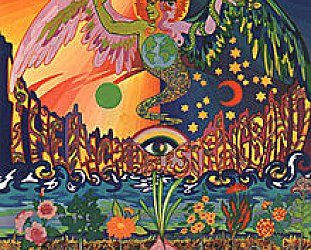