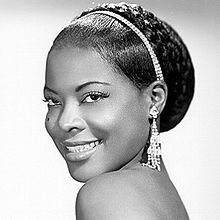 And this minor classic included in the soundtrack to the '87 film Angel Heart and which could have brought her to attention again (she was living in the Philippines), but her song wasn't on the original official soundtrack.

This song -- with writing credits to her, Ahmet Ertegun and Jerry Wexler (of Atlantic Records who had just signed her) -- features Hank Jones on piano and Freddie Mitchell on tenor sax.

Oddly enough it wasn't a hit despite critical attention, including Billboard magazine which wrote (in the quaint hipster style of the day) "blues-singing thrush does a fine job on a most attractive blues-ballad opus while the ork backs her with a strong beat and driving cymbals. Good wax this".

Couldn't have said better, could you?

Thank you for this. She has a wonderful voice. 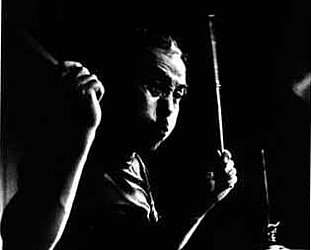 Any number of guitarists would say they were inspired by Jimi Hendrix, but rather fewer drummers. Least of all a Japanese guy in a pop band with the archetypal name of the Samurais. But... > Read more