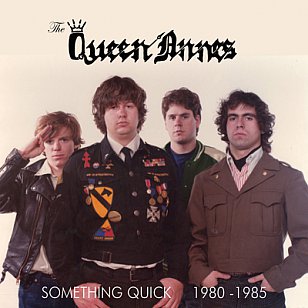 Amazing, isn't it, how far a sound can travel? Like the sound of Mod England as epitmised by the Who reaching right into the heartland of Washington state in the US where, in the early Eighties, this band took it (belatedly) to heart.

It would be an exaggeration to say the Queen Annes were one of the great undiscovered pre-grunge bands from Seattle, but on the evidence of a recent compilation from Green Monkey Records, they certainly deserved more than a fate of obscurity.

Recently Tom Dyer of Green Monkey -- who was there in the Eighties to record much of the QA recordings -- pulled together a compilation of their work, Something Quick 1980-1985 . . . . and it's terrific.

With harmonica by a pal Lightinin' Joe, bristling guitars, tough and economic songs, and an enthusiasm which is almost palpable, the Queen Annes fly off the disc. Which is remarkable in itself given most of the songs were lifted from a cassette released in '85.

Adding in their sole single I Thought of You (released '82) and a bunch of other songs, the collection punches up to a tidy 20 songs and 75 minutes.

And given their snappy sound -- just a nudge above garage and into pure pop-rock -- you do wonder why they didn't get bigger than just their home state.

The clue might be in the extensive liner notes which tell of outrageous parties and the demolition of rooms, under-age shows rather than high-profile bar gigs, and a line-up change.

They actually recorded an album released in '97 (The Mire) but in the absence of that we can only acclaim the youthful energy and highly focused songs on the collection.

This song is typical for its energy, Who-like tautness, a bit of wig-out Hendrix and pop smarts.

For other Green Monkey artists -- archival or new -- at Elsewhere start here.

The Green Monkey label's website can be found here. 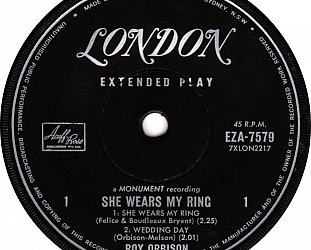 If anyone could have the operatic reach for She Wears My Ring it was the big-voiced Solomon King who scored a hit with it in 1968. Trained as a cantor, King was a balladeer of the old style... > Read more 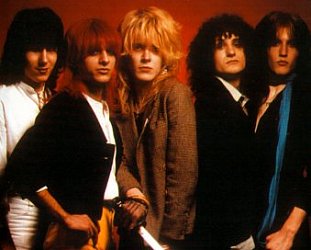 Way back before singer David Sylvian came over all Eno, European and arty. And before bassist Mick Karn (who died in January 2011), drummer Steve Jansen and keyboard player Richard Barbieri (now in... > Read more