Because his 1961 film Blue Hawaii was so successful, most people forgivably assume the title song which Elvis Presley sang was specifically written for it.

However the song was almost 25 years old by that time and had originally been in another Hawaii-based musical, Waikiki Wedding.

That film starred crooner Bing Crosby, a singer whose style -- like that of Frank Sinatra when he was in blue-balladeer mode -- Presley much admired. The backing band included Lani McIntire who had been in Sol Hoopi's legendary and influential Novelty Trio.

Ironically, Crosby's version of Blue Hawaii was not the A-side of the 78rpm, that honour went to the lovely Sweet Leilani -- written by Nebraska-born Harry Owens who helmed bands at the Royal Hawaiian in Waikiki in the Thirties -- which became a standard and won best song at the '38 Oscars.

Both films were barely disguised PR for the beauties of Hawaii, which wealthy Americans had been discovering since airlines like Pan Am flew their handsome Clippers there. 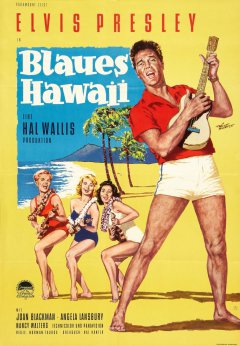 And while there the tourists discovered the delights of Hawaiian music, which became enormously popular in the Thirties, a passion which lasted for another three decades.

Hawaiian music conjured up palm trees and a Pacific paradise.

By the time Presley arrived there to film Blue Hawaii, the state has become part of the USA (in '59) so tourism was getting a real boost.

Elvis enjoyed the islands so much he made two other films there (Girls! Girls! Girls! and Paradise, Hawaiian Style) and he also did some famous concerts there.

When it comes to the song, Presley's version sounds by far the more tender and, in current parlance, he "owns" it.

For more about Hawaii as a film location (which mentions Elvis) see here, or for other Hawaii stories start here. There's a slew of Elvis Presley at Elsewhere also, starting here. 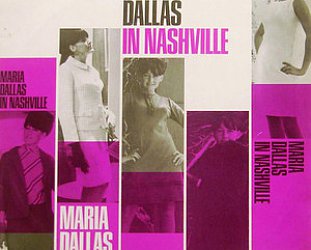 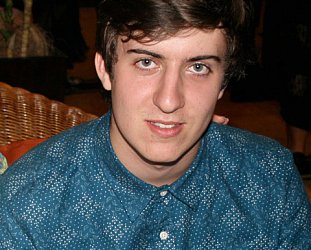