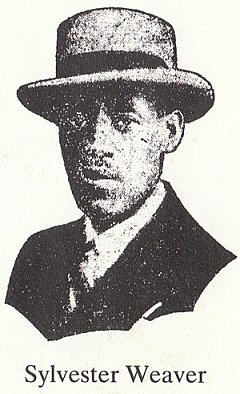 Blues guitarist Sylvester Weaver was -- until someone finds another earlier -- the first man to have slide guitar recorded, and this tune -- along with his Guitar Blues laid down at the same time -- was one of the first blues instrumentals to be recorded.

Born in Louisville, Kentucky some time before the dawn of the 20th century, he first recorded in '23 while in New York but his recording career was over just four years later when he quit and went back home.

In that short period however he played alongside a couple of singers (notably Sara Martin) and single-handedly made slide guitar -- he played with a knife -- an expressive instrument to be reckoned with.

When he died in '60 (in his early-mid 60s) he had been all-but forgotten although this tune was much covered in the Twenties and Thirties.

It wasn't until the Nineties that all his recordings were collected across two discs by Document Records. This remastered version here however comes from a new compilation, The Rough Guide to Unsung Heroes of Country Blues Vol.2 (Rough Guide/Southbound in New Zealand). 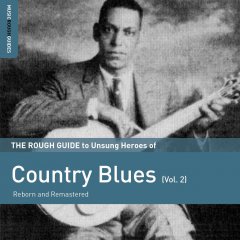 Also on the 24-track compilation are the Memphis Jug Band, Bill Munroe (not the white country singer), Charlie Lincoln and a bunch of other names you've probably never heard before.

Fascinating stuff, not the least among them being Blind Joe Taggart with the rousing Religion is Something Within You, a kind of country gospel blues . . . but on the side Taggart would record the devil's music.

But under pseudonyms of course.

Just in case the Lord was watching, I guess.